MOSCOW, March 11. The President of Russia Vladimir Putin has signed a decree removing former sanctions from Russia against Iran, which were introduced earlier in connection with the nuclear program of this country, but imposing the restrictive measures imposed by UN security Council resolution adopted in support of the settlement of the Iranian nuclear program. 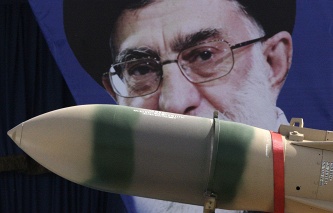 The presidential decree published on the official portal of legal information, contains measures to implement resolution of the UN Security Council 2231 dated 20 July 2015. In particular, it repealed the previous ordinances, imposing restrictions against Iran because of the nuclear programme. However, the new decree of the President ruled that prior to October 18, 2025 Russian institutions and organizations requires the prior authorization of the UN security Council on the supply, sale or transfer directly to Iran, “all articles mentioned in the List of nuclear materials, equipment, special non-nuclear materials and relevant technologies falling under export control”. The same requirement applies to all items specified in the List of equipment and materials of double appointment and the corresponding technologies used for nuclear purposes.