MOSCOW, March 11. Cooperation between Russia and China is the best in the history of relations between the two countries, considered the foreign Ministers of Russia and China Sergei Lavrov and Wang I., held in Moscow negotiations they discussed not only bilateral relations, but also the interaction between Moscow and Beijing in multilateral formats.

The high level of relations

At the talks the sides discussed “the schedule of political contacts, including preparations for the upcoming this year the visit to China of Russian President Vladimir Putin.”

“The heads of state will discuss bilateral issues and cooperation in international Affairs and in the margins of the summit “group of twenty”, which this year will be held in China’s Hangzhou in September. And at the end of the year the planned visit to Russia the premiere of the state Council of China Li Keqiang to attend the next 21st regular summit of heads of governments of Russia and China,” – said Lavrov. He added that this year the political dialogue will be no less intense than in the past. 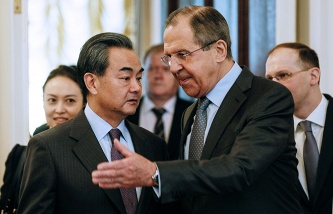 Lavrov: the level of cooperation of Russia and China is the best ever

The head of the Russian foreign Ministry noted that Moscow intends to improve trade and economic cooperation with Beijing. “Despite the unfavorable situation in the global economy, China is our leading trade and economic partner”, – he stressed.

In turn, the head of the Chinese foreign Ministry said that China believes in the great potential of bilateral cooperation. “I want to emphasize that the Chinese side is deeply convinced of the prospects of development of Russia, – said I. van – the Leading economies of the world face different challenges, but, in my opinion, Russia has great potential and rich natural resources. We are convinced that relations between Russia and China will survive any test. You have a huge demand for cooperation.”

Along with bilateral relations, the Ministers discussed the impact of cooperation of two countries on world politics. “Our interaction in international Affairs is becoming an increasingly significant factor in world politics, shows a balanced approach in solving problems, – said Lavrov. – We seek to solve problems on the basis of international law, primarily the UN Charter”.

“It is on the basis of these principles we coordinate our cooperation in the UN security Council, the SCO, “twenty”, BRICS, within the framework of the East Asia summit and in other formats,” he added.

The Chinese Minister drew attention to the fact that Beijing and Moscow “share a common interest and have similar positions on a range of international issues.” “The more complicated the international situation develops, the more important to strengthen coordination and contacts, he stressed. – So we can demonstrate our willingness to contribute to peace and stability worldwide and in the regions.”

One of the main topics of talks of the foreign Ministers of Russia and China was the situation on the Korean Peninsula. Moscow hopes Pyongyang will listen to the UN security Council and return to the six-party talks, Lavrov said. However, he expressed the view that it is important to point to Pyongyang on the inadmissibility of his actions, but at the same time not to “choke mode”. “We believe that an important role in promoting this approach, should play adopted on 2 March, the UN security Council resolution, which is very hard in nature and sends a very tough message to Pyongyang, but at the same time does not give anyone carte Blanche to stifle the DPRK, leaves the door open for negotiations,” the Minister said.

At the same time Moscow and Beijing have reaffirmed the line on non-recognition of nuclear ambitions of Pyongyang. “Both Russia and China advocate the adoption of such measures, which, on the one hand, would prevent further development of North Korean missile and nuclear programs, on the other hand would not lead to escalation of tension in the region, not blocking the possibility of political and diplomatic settlement,” Lavrov emphasized.

While van And indicated that Beijing opposes placement in South Korea American units of the THAAD missile. “We are strongly against the deployment of ABM systems THAAD in South Korea under the pretext of the nuclear issue of the Korean Peninsula, said the Minister. – We believe that it will directly harm the interests of strategic security of China and Russia”.

“We have already stated its position, it coincides with the Russian, he added. – Such plans are beyond the needs of defence in the region, violate the strategic balance and will lead to a new “arms race”.

On the agenda of Syria

The Ministers also discussed the situation in Syria and around it. According to the Chinese side, Russia plays an active role in the implementation of a political settlement, including, in achieving a ceasefire in Syria. 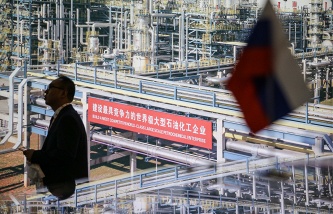 The head of the Chinese foreign Ministry stressed that the negotiations on the Syrian settlement must be inclusive. “On this basis, we understand the comments the Minister Lavrov (on the necessity of participation of the Kurds in negotiations – ed.)”, said van I.

According to Lavrov, the non-participation of the Kurds in the intra-Syrian talks will feed among them thoughts of secession. “The Kurds, including the party “Democratic Union” led by Saleh Muslim, control, admittedly, at least 15 percent of the territory where they live in peaceful times, he said. – Now that the Kurds are American allies and the coalition, and Russia in the fight against “Islamic state” and “dzhebhat EN-nusra” (the terrorist group banned in Russia), they (Kurds) objectively strengthened its influence on the ground, their positions”.

“The start of negotiations without the participation of this group is a sign of weakness by the international community,” stressed the Russian foreign Minister, Recalling that “blocks the invitation of the Kurds in Turkey”.