MOSCOW, March 11. /Corr. Maria Dorokhina, Nadezhda Gerashchenko/. The Federal air transport Agency has developed a shortened version of the program of subsidizing of air transportation of tourists within Russia in the spring and autumn 2016. 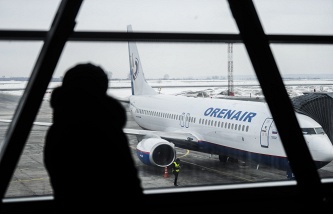 Previously the working group on interaction with the carriers under the Federal tourism Agency has proposed the Ministry of transport model of subsidizing domestic air transport with indication of routes, period, frequency transportation, as well as planned volume of tourist flow. Departments should find solution to this issue pursuant to the orders of the head of the government Dmitry Medvedev on January 5.

As follows from the airlines sent letters to the Federal air transport Agency (), the draft programme does not include flights to Simferopol and Kazan, as well as flights to Russian destinations such remote cities like Vladivostok, Khabarovsk and Irkutsk. In return, the Federal air transport Agency suggested a number of other areas for discounted flights, but tour operators fear that will not be able to provide the occupancy rate of these flights.

The official representative of Rosaviation Sergey Izvolsky confirmed that the preparation and dispatch of this letter, explaining that “this is one of the working variants of the route network to subsidize tourist destinations – the final list is being formed now concerned agencies and airlines.” As regards Simferopol, the Federal air transport Agency with a 2014 program of subsidizing air transport in this direction, he recalled. The flights are operated from several dozen cities. “The same with Kazan, this city also participates in the subsidy program,” added Izvolsky.

The establishment of the programme in terms of supporting the economy and is aimed at accelerating the growth of domestic tourism. Initially it was proposed to invest up to 1.1 billion rubles from extrabudgetary sources, but in the final version of the plan to support the economy this amount reduced to 400 million roubles.

In Rosturizm not familiar with the results of a review by aviation authorities of their proposals, prepared in conjunction with the market, and have not seen the letters sent to the airlines by Rosaviatsiya, reported in a press-Department service.

However, the Federal air transport Agency offers to send tourists on a discounted price only at Sochi, Anapa, Caucasus Mineral Water and Gorno-Altaisk, and instead of Simferopol in the list is St. Petersburg. In addition, significantly changed the list of cities from which to send tourists on vacation at discounted prices. So, subsidizing the travel of tourists in St. Petersburg can be arranged from Yaroslavl, Veliky Ustyug, Vologda, Ulyanovsk, the region and Ulan-Ude. In Sochi – from cities such as Yekaterinburg, Krasnoyarsk, Samara, Novosibirsk, Syktyvkar, Tyumen, Perm and Omsk and Anapa – Ufa, Surgut, Nizhny Novgorod and Omsk. For preferential transportations of tourists in the Caucasian mineral waters as departure cities are Yekaterinburg, Novosibirsk and Nizhny Novgorod, and in Gorno-Altaisk – Kazan, Novosibirsk, St. Petersburg, Yekaterinburg, Ufa, Tomsk.

There are no guarantees

Tour operators fear that will not be able to ensure the occupancy of aircraft by tourists in the number of flights from the list of Federal air transport Agency, and, therefore, does not risk to get subsidies, said several sources in the tourism market.

“I was supposed to subsidize the transportation will be carried out in the framework of the tour packages, and tour operators must ensure the occupancy of aircraft. From this came the industry, creating your option of preferential directions. Now it is not clear where it came from St. Petersburg, especially those areas that are clearly mass threads will not be able to provide. Such tour operators are not requested and, therefore, cannot guarantee,” says the source familiar with the letter of the Federal air transport Agency.

Market participants also admit that because of delaying the negotiations to agree a programme within the period will not succeed. Initially it was planned that concessionary travel would be implemented from April 1 to June 1, 2016 and from September 15 to November 15 of the current year to extend the tourist season. “A month ago, sent by the Federal tourism Agency, but no response from the Ministry of transport is still no”, – has complained in conversation with one of participants of negotiations.