MOSCOW, March 11. In Moscow expect to receive from the United States official information on the cause of death ex-the Minister of press of Russia Mikhail Lesin. 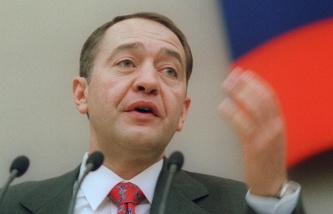 “Any information on set out for such information channels (on causes of death Lesina) we have received and we expect that detailed information will be provided to us”, – told reporters the President’s press Secretary Dmitry Peskov.

He drew attention to the fact that in the US there were only the publications in the media on this. “Not to say that informed (on the cause of death Lesina) is a set of information, often impersonal, which is published in the media”, – said the representative of the Kremlin.

According to the police and the office of the chief medical examiner of Washington, common on Thursday, the cause of death of the former Minister of press of Russia Mikhail Lesin in the U.S. capital last fall became blunt head trauma. In addition, he had discovered “blunt trauma of the neck, trunk, upper and lower extremities”. But how he got them, while “not installed”, the statement said. It notes that the police “are still investigating the circumstances of the incident”.

The Statement Of Moscow

In Moscow immediately stated that we are waiting for explanations and official data from Washington on the investigation into the death of Lesina. “The Russian Embassy in the U.S. has repeatedly through diplomatic channels to forward requests on the investigation into the death of a Russian citizen. No substantive information from the American side we were not informed,” he wrote on his page on Facebook, the official representative of the Russian foreign Ministry Maria Zakharova.

57-year-old Lessin died on 6 November last year in a room at Dupont Circle in the heart of the us capital. Anything suspicious, the local police was not informed. As told in the Moscow friends of the former Minister, in recent years he was ill, underwent several operations, and it was believed that the cause of his death was a heart attack.

From July 1999 to February 2004, Lessin was appointed Minister of the Russian Federation for press, broadcasting and mass communications. In 2013-2014 he was CEO and Chairman of the company “Gazprom-Media holding”.