VOLOGDA, March 11. The Russian village as a driver of economic development and the center for food security, demographic growth and preservation of the cultural heritage. The issues of revival of the village discussed in Vologda representatives of Federal and regional Public chambers of the Russian Federation, civil activists and officials at the first regional forum of rural territories development “Village – the soul of Russia”.

“In my opinion, the value of the forum in that on the same site collected by activists, NGOs, representatives of business and government, and can develop common solutions,” said Secretary of the RF Public chamber Alexander Brechalov.

The problems of the village

Among the main problems of the village, the participants of the forum called bad roads, collapsed in the post-Soviet era small aircraft, which was the main transport artery into the ranks of the remote Northern villages, low level of medical care, an active outflow of young population from villages because of a lack of jobs, high median age of the population of the villages and lack of personnel even in bureaucratic positions. 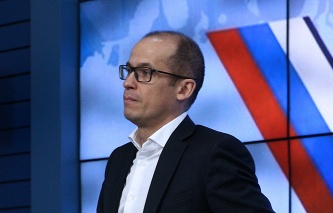 “We are currently not able to find the heads of administrations of rural areas. Now we face that no one goes to this position. We are even not able to head a rural village, not to work to force him,” said the Chairman of the Public chamber of the Arkhangelsk region Dmitry Sizes.

Till the soil to discourage the villagers hunt the low prices of agricultural products, say authorities of the Vologda region. “The modern village is one of the sore spots of the Russian economy. The extinction of the village, unfortunately, became evident to be the system. There is a saving of intensification of the process of urbanization in many regions of the country, literally postavenie rural areas. It has become a problem not only for regions with a high level of development of agriculture, but also for us – regions-strongholds of the agro-industrial complex of Russia”, – said the first Deputy Governor of the Vologda region Alexey Shelygin.

The head of the tarnoga district of the region Sergey Gusev stressed that to save the villages and develop their capacity not only to raise the prices for agricultural products – the main source of rural incomes, but also to develop traffic and social infrastructure, create new housing. The first results of this work in its area, which for three consecutive years receives up to 150 million rubles of subsidies a year. But this is not enough.

Support for rural NGOs – driver of the village development

The decision on additional financing of rural projects could be made as early as this spring – it is planned that the President of the Russian Federation in late March-early April will sign a decree on the establishment of printoperator for grants by NGOs, projects aimed at the development of small towns and Russian villages.

“All last year the Public chamber on the forums “Community” discussed the idea of creating a new printoperator for NGOs that implement their projects in rural areas. We have heard many proposals from activists and NGOs and submitted it to the President. He supported our proposals, and we hope that in the near future will be printoperator, which will support projects in rural areas and in small towns”, – said Brechalov.

And although residents of the smaller settlements have noted that in the Russian remote places not many officially registered NGOs with real projects, Brechalov’s reassuring that the presidential grant can receive and NPOs, registered in major cities, but the work of which is aimed at accelerated development of the villages.

According to the Public chamber of the Russian Federation, in Russia of 220 thousand registered NGOs, in the villages, according to experts, fixed 5-10% of the total number of non-profit organizations. For example in the Altai region, where a high proportion live in the villages and the rural population, the capital region accounts for 65% of all NGOs of the region, 25% in other cities and only 10% in villages.

From culture to economy

The forum “Village – the soul of Russia” is held in Vologda for several years, but previously, the focus of this project was given to the preservation of cultural traditions and customs. Now the forum decided to deepen and to address not only cultural issues, but social and economic. In this format, in Vologda and in Russia as a whole, this forum is being held for the first time.

“In order not to oppose the culture of the economy and Vice versa, we came to the conclusion that the project “Village – the soul of Russia” now setting a broad objective is the preservation and development of villages and the return of inhabitants to rural areas. Russian village is a reproduction of a healthy and creative personality, the repository of traditions and moral principles of the people, the basis of national identity, territorial control and integrity of the state, food independence,” – said the initiator of the series of forums “Village – the soul of Russia” Valentine Pogozheva.

The final recipe of development of the Russian provinces would develop and adopt at a national forum, to be held in Moscow in June.

On the forum it was noted that under the threat of extinction are mostly villages in the Northern regions and in the North-East of the country due to more severe climatic conditions, remoteness of settlements from each other, less fertile than in the South, soils, poorly developed road network.