MOSCOW, March 11. For almost half a year that passed since the moment of death in the U.S., the former Minister of press of Russia Mikhail Lesin, the American side would have to give Moscow any specific information. This was stated at a briefing the official representative of the Russian foreign Ministry Maria Zakharova.

“We have seen messages referring to the investigators of the US regarding what they have received clear information about the reasons that caused the death of a Russian citizen, said the diplomat. – The information we saw in the media, ran through her. The report proved to be true”. 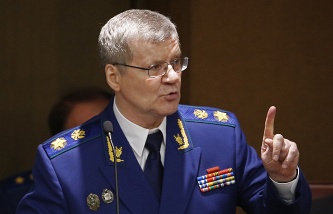 Zakharova said that the Russian side “has repeatedly requested information through diplomatic channels, through our Embassy in Washington, our American colleagues”. “For several months no specific, substantial real information that would shed light on any particular incident, we from our American colleagues have not received,” – said the diplomat.

“We would like to ask our colleagues in the state, as our usual partners, to avoid any speculations, with the request to obtain official information, – said Zakharov. – This will probably not be complete information, but at least something. It is time to provide. During the six months that have passed since that moment, some details it was possible to collect. We hope that the way it is, and hope that we will provide this information”.

Earlier it became known that Russian Prosecutor General Yuri Chaika has requested that the Minister of justice the documents necessary to determine the causes and circumstances of the death of Lesina. The request is routed in accordance with the Treaty between Russia and the USA on mutual legal assistance in criminal matters due to the fact that the cause of death Lesina to date not been established and communicated to stakeholders.