SEOUL, March 13. /Corr. Stanislav Varivoda/. Over 100 thousands of the flagship smartphone, the Samsung Galaxy S7, Galaxy S7 Edge implemented in South Korea during the first two days since the official start of sales. This was reported by representatives of the company.

“The share of Galaxy S7 Edge in total sales amounted to about 40%”, – stated in the message. 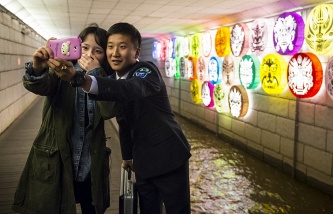 Among the main differences of the new smartphones from Galaxy S6 – improved batteries, larger capacity, and the presence of dust and moisture protection. In addition, the phone is again has a slot for memory cards microSD. In the devices employed a “double pixel”, which allows, according to the manufacturer, to receive from the camera image, not inferior in quality to professional cameras.

The most attractive factor for Korean buyers is price. The cost of the Galaxy S7 smartphones with 32 gigabytes of internal memory is 836 thousand won ($690) – $40 less than its predecessor at the beginning of sales. Galaxy S7 Edge is 924 thousand won, which is 5.6% less than the Galaxy S6 Edge. The price for buyers entering into a contract with mobile operator, will be from 500 to 700 thousand won, depending on the tariff plan.

Samsung expects that the new flagships will help the company to revive falling demand in the mobile phone market. Company representatives claim that the volumes of sales of these two models will exceed the record set by the Galaxy S6.