MOSCOW, March 13. Nuclear ambitions and the threat from DPRK, Russia is not needed, it is necessary to return to the negotiating table. This was stated by Minister of foreign Affairs of the Russian Federation Sergey Lavrov in interview to TV channel REN TV. 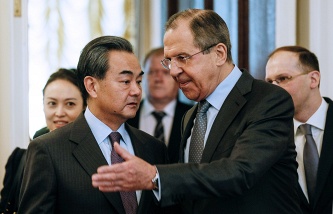 Lavrov: the hosting plans of U.S. missile defense on the Korean Peninsula over and above any threat from North Korea

“We absolutely do not need nuclear weapons, especially nuclear ambitions and the threat posed by North Korea, he said. – We’ll get to work on her and bring the situation back to the negotiating table and cooperate with the International atomic energy Agency”.

On March 7, the Republic of Korea began joint U.S. military exercises. In the DPRK, in response, declared his readiness to strike a preventive nuclear attack. The Russian foreign Ministry, such statements previously called “categorically inadmissible”. March 12, Pyongyang reiterated that “the revolutionary armed forces of the DPRK await the order of the Supreme command about pre-emptive strikes of justice to aggressors”.