MOSCOW, March 13. Kurds should be represented at the intra-Syrian talks in Geneva, Russia will strictly insist on this, said the Minister of foreign Affairs of the Russian Federation Sergey Lavrov in interview to TV channel REN TV. 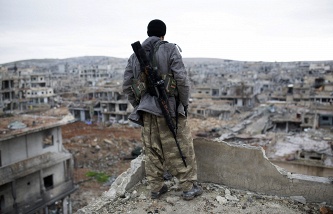 The history of the Syrian Kurds. Dossier

“We believe that the process begins in Geneva must necessarily involve the Kurds, if we mean what we say when we affirm the commitment to the sovereignty, territorial integrity of Syria,” he said.

Lavrov noted that if we exclude the Kurds from the negotiations about Syria’s future, the question arises whether they would wish to remain part of this state. “Then they just “pull the plug” on the international community and on all these schemes, he continued. – We, therefore, occupying the same position as other countries, except Turkey, will be hard to insist that the UN did not “cave in” before the ultimatums and invited the Kurds from the very beginning of the negotiating process the negotiating table”.

The statement by de Mistura

The special envoy of the UN Secretary General on Syria Staffan de Mistura said Thursday in an interview with TV channel “al Jazeera” that the method of connection of the Syrian Kurds to Syrian peace talks in Geneva will be found. 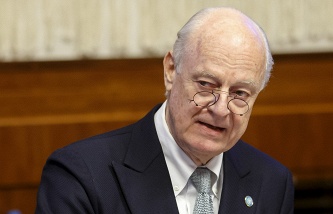 De Mistura: “plan B” to end the war in Syria beyond the peace talks in Geneva

“The Syrian Kurds are Syrians. And that is why they should be part of discussions about the future of Syria just like the Christians, the Sunnis… like the alawites, Shiites, should all be there,” he said. “And we’ll find a way to include them (the Kurds in the negotiation process). Because it would be an extremely important signal,” said the special envoy.

Nevertheless, de Mistura chose not to call out any time. “Let it happen in the right time and with the right approach,” said the diplomat.

The second round of indirect peace talks designed to put an end to the five years war, to be launched in Switzerland on March 14. Prior to that, de Mistura tried to start the peace process in late January-early February of this year, however, much success has not achieved. The Kurds, constituting, according to different estimates, from 10 to 15% of Syria’s population, have not received any invitation for talks in Geneva nor in January, nor in March now.

Against their participation in the peace process is Turkey, which considers the Kurdish formations as terrorist organizations.