MOSCOW, March 13. Russia has information according to which Turkey tries to strengthen a few hundred meters from the border inside Syria. This was stated by Minister of foreign Affairs of the Russian Federation Sergey Lavrov in interview to TV channel REN TV. 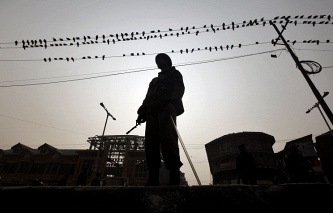 Russian foreign Minister: Turkey should cut off the supply of weapons to Syria under the guise of humanitarian aid

“Demanding to avoid any strengthening of the Kurdish parties in Syria, Turkey began to assert its sovereign right to create any security zone in Syrian territory, he said. – According to our data, they are already “digging” a few hundred meters from the border inside Syria.”

The head of the Russian foreign Ministry called Turkey’s actions “a creeping expansion.” “After all, the Turks have long said they will not allow the strengthening of Kurds in Northern Syria, he continued. – Even though the Kurds and in Syria is Western and Eastern enclaves, and between them – IG (banned in the Russian Federation terrorist group “Islamic state” – approx.) – fought against ISIS when our and American support, the Turks said that is not acceptable to them, if these two enclaves to unite, even by the victory over IG, and that for them the main thing is that the Kurds are not reunited in the Syrian territory”.

Sergey Lavrov also said that Russia expects from the EU explanations on the agreements with Turkey on a secure zone in Syria. The Minister drew attention to the fact that the documents and declarations that were signed between Turkey and the EU at the summit on the immigration crisis, “contains an indirect reference to the fact that the EU understands the need to create some safe zones, and read it so that it is on Syrian territory”.

“We asked the question in Brussels, how this approach meets them publicly and officially stated position in support of all decisions of the UN Security Council, the inadmissibility of the collapse of Syria and its territorial integrity. Waiting for an answer”, – said the Minister.

According to Lavrov, the results of the past 7 March summit in Brussels, has caused a “very serious questions from the point of view of the EU’s own credibility, his reputation and ability to defend their legitimate interests, and from the point of view of how these arrangements fit into international humanitarian law”. The Minister recalled that “there were comments by the Management of the UN high Commissioner for refugees, non-governmental organizations that principles of international law enshrined in universal conventions on refugees, were largely ignored”.

The US can’t affect Turkey

According to the Minister, on the world stage is already far not everything is subject to the Washington, D.C., USA sometimes can affect even the old allies, as in the case of Turkey.

Times are changing, I treat this philosophically. I guess when you have nothing and no one controlled the power that corrupts and relaxes to a certain extent. Americans now feel that I can not solve alone the serious challenges they now cannot even affect such countries that are their long-standing allies, such as Turkey, which ignores their demands in regard to the same Syrian settlement

The Minister said that Ankara declared the Kurdish Party democratic Union, which has cooperated with the U.S. as a terrorist organization and is firing her from its territory. 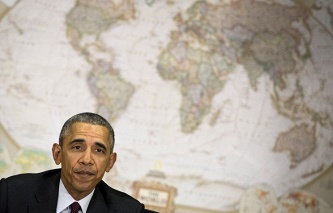 Media: Obama has disappointed in the leaders of the countries of the Middle East and Turkey

“We have repeatedly drawn the attention of Americans to the fact that it is a violation of our agreements and resolutions, but they shyly avert their eyes and say they agree with us, but we need some time to someone and somehow to calm,” – said the Russian Minister.

“Not all subservient to Washington, said Lavrov. – Cavalry-cowboy mood, of course, will be gone. It’s painful and takes some time. But we will be with the understanding to treat this, we will wait, when settled down and settled this new reality in the minds of Washington politicians, and in the meantime we will cooperate where our interests and, of course, will give a tough response to any hostile action at our address”.