PETROPAVLOVSK-KAMCHATSKY, March 12. The trial of former Ukrainian army Hope Savchenko be brought to an end, “everything else is everything else”. 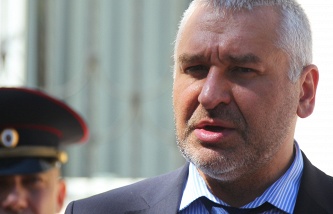 This was stated by the official representative of the Russian foreign Ministry Maria Zakharova in an interview to the program “Vesti on Saturday” with Sergei Brilev, answering the question whether Savchenko appeal of Kiev to the Russian justice Ministry on extradition of four citizens of Ukraine for punishment serving in the homeland.

“Now about this speech is not conducted to the point until the court decision, she said. – And whatever pressure may have been on the Russian justice system, including that of Russian public opinion, the court will be completed, and will be sentenced. Everything else is everything else. Now the word behind court”.

Answering specifying question, how realistic is the exchange of “Ukrainians who sit, and Russians who are in Ukraine,” Zakharova stated that “the legal procedures”.

As noted Zakharova, “Russian foreign Ministry almost nothing is not allowed to speak on the subject Savchenko for one simple reason: even with a huge amount of material, data and, in General, and a desire to apply these arguments typically, the arguments”. “We did everything that no one said that we pressure the court,” she said.

German foreign Minister: Germany has received a request from Ukraine to send doctors to Savchenko

“What we see from the other side? she continued. – Well, of course, this is just some kind of obscurantism. Because this is a direct pressure on the court of those who for many years taught us to respect and ensure respect for the judicial system”.

Zakharova also rejected the arguments of representatives of the United States, claiming that Savchenko subject to the Minsk agreements. “They forget one thing: the Minsk agreement on the two conflicting sides in the Ukrainian crisis, she explained. – Official Kiev and the Donbas. All. Point”.

The request to refer 13 Russians

On 11 March, the press service of the Ministry of justice of the Russian Federation in response to the inquiry reported that Russia and Ukraine are considered reference of the 13 Russians, Ukrainian courts sentenced to imprisonment, for serving sentence in Russia. The justice Ministry confirmed the receipt of the appeal from Ukraine’s extradition of four persons convicted in the Russian Federation, including film Director Oleg Sentsov. In this case, the Department indicated that these appeals are not interrelated – it is about the application of the two countries to the international Convention 1983 on the transfer of sentenced persons to serve their sentences at home.