MOSCOW, March 14. Profit of Sberbank, according to analysts, in 2015, under IFRS may fall 24% to 221,3 billion rubles against a profit of 290,3 billion rubles for 2014. This is evidenced by the consensus forecast of ten analysts surveyed by the Agency. 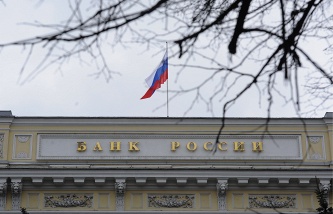 Analysts do not expect that in 2015 the profits of the savings Bank, like many other banks exceed results of the year 2014. Deutsche Bank analysts predict that the savings Bank by the end of 2015 under IFRS will earn a net profit of $ 203,4 billion rubles. This is the lowest forecast. The highest forecast for profits in the amount of 236 billion rubles and give UBS analysts “VTB the Capital”.

“Banks in 2015 faced a double shock: interest rates and the deteriorating quality of credit portfolios of borrowers”, – says the analyst of the company’s shares BKS Olga Naidenova.

According to her, when at the very end of 2014 has sharply increased the key rate of the Central Bank of the Russian Federation, and then and the cost of funding for banks, it’s more expensive, banks are unable to pass on to borrowers by increasing lending rates. “As a result of this interest rate risk banks took over almost completely,” – said Naydenov. 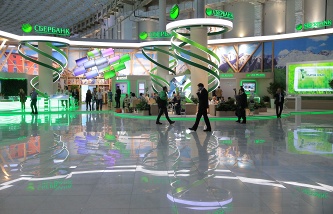 According to her, the slowing economy, banks have experienced a deterioration of credit quality, resulting in they had to make more transfers to reserves last year. “Those two things could not in any way contribute to the growth of profits. I think profit growth this year, none of the banks and will not show” – said Naydenov.

“Profit growth in the fourth quarter is small. The main improvement is due to the continued growth of interest income of the savings Bank and further recovery in net interest margin amid what the commitments attracted by high interest rates continue to leave the balance of the savings Bank. The cost of funding is reduced, against this background, margin slightly continues to increase,” says Olga Naydenova. In its forecast, the net interest margin of Sberbank in the fourth quarter will amount to 5%, compared with 4.7% in the third quarter. Gazprombank forecasts that net interest margin of Sberbank will amount to 5.2%, Goldman Sachs is 4.8%.

The analyst of Gazprombank Andrey Klapko also expects profit growth of Sberbank due to restoration margin, higher interest and fee and Commission income and the decrease in reserves in the fourth quarter compared with the third quarter. “These key components will allow Sberbank to end the year with a profit,” says Klapko.

Analysts ‘ forecasts for net profit of Sberbank under IFRS for the fourth quarter and 2015 (billion roubles):