MOSCOW, March 14. The owner of free classifieds website – an Internet company Avito moved from Sweden to Russia all of its IT infrastructure to comply with the law requiring personal data of Russians in Russia. This is stated in the message of the company. 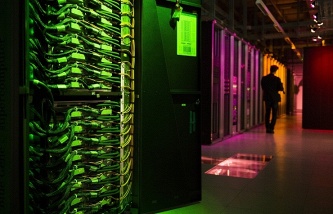 “From January 2016, all server hardware is fully Avito entered into commercial operation in the data center DataSpace1 Moscow”, – stated in the message. “All the data users of the online platform Avito is stored exclusively on the territory of Russia in full compliance with the storage requirements of personal data”, – emphasized in the Internet company.

In a press-service Avito explained that the company is not going to buy it data center. The rental costs of the data center and transfer the data to Avito not comment.

Data center DataSpace, launched in 2012, was selected on a competitive basis on the totality of economic, technical and operational characteristics. “DataSpace is able to solve maintenance and design problems arising in connection with constant development of the portal,” explained Vice President of products and technologies Avito Dmitry Kovalev, whose words are reported.

The law on storage of personal data, which entered into force on 1 September 2015, require companies to store and process the personal data of Russian citizens on the territory of Russia. Part of international companies (e.g., eBay and AliExpress) has already announced that in compliance with the new law. However, other market players that fall under the act (in particular Facebook and Google), still not comment on this issue.

Free classified ads website Avito established in 2007, the Revenue of Avito in the 3rd quarter of 2015 increased by 56% and amounted to 1.75 billion rubles.