UN, 14 March. /Corr. Oleg Zelenin/. Permanent representative of the Russian Federation to the UN Vitaly Churkin will notify the security Council of the world organization for early withdrawal of the main part of the Russian military contingent in Syria. About Churkin told reporters, heading for a closed meeting SAT. 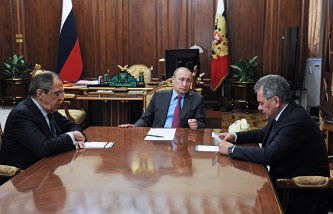 “This informal consultation, but, of course, I’m going to talk about it,” the diplomat said, answering the question.

Earlier Russian President Vladimir Putin has ordered the withdrawal of the main Russian forces from Syria on 15 March. “I believe that the tasks assigned to the Ministry of defence, in particular, therefore, I order you tomorrow to start the withdrawal of the main part of our military groups of the Syrian Arab Republic,” he said at a meeting with foreign Minister Sergei Lavrov and defense Minister Sergei Shoigu.

As stated to journalists by Vitaly Churkin, “international efforts against terrorism will continue”, despite the withdrawal of the main part of Russian troops from Syria. “We did what you did. Our forces have worked very effectively. Our military presence will be maintained. It will be mainly aimed at maintaining the cessation of hostilities”, – said the diplomat. 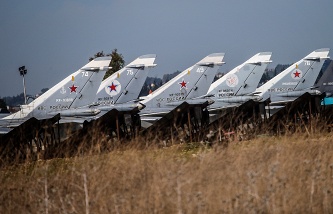 He added that thanks to the actions of the Russian air force managed to destroy or weaken most of the infrastructure of the terrorist group “Islamic state”. Churkin also stressed that due to the start of the Geneva negotiations in Damascus and the opposition should “return to what was originally declared as an appropriate objective for all Syrians in the communiqué of the group of eight, 2013, stating that the government and the opposition should join forces in the fight against terrorism”.

Answering the question whether Moscow to reduce the intensity of the actions of the US-led coalition against the Islamic state, Russia’s permanent representative said that “doesn’t want to go that far”. “I can only speak for us,” he said.

Diplomats from the countries-members of the security Council were reluctant to accept the announcement of the withdrawal of Russian troops. “We received the news, now it needs to digest”, – told journalists the permanent representative of France Francois Delattre.