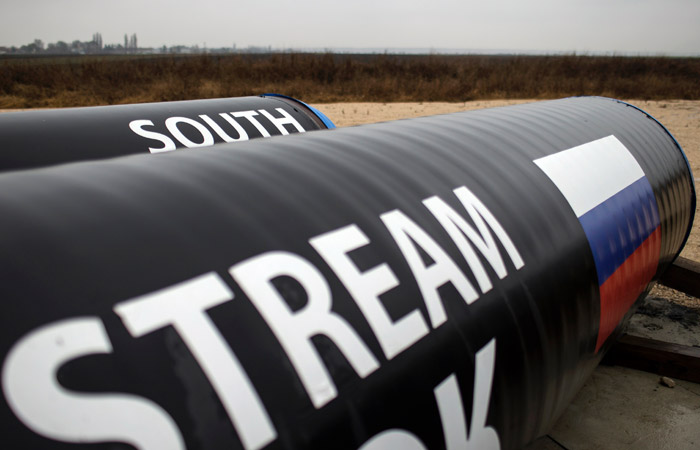 Moscow. March 10. Southern European countries need the gas, they are actively negotiating for projects of supply of Russian gas, told reporters, Deputy energy Minister Yuri sentjurin. According to him, Bulgaria wants to revive the “South stream”.

“We have several projects in the works. We are negotiating with South European States. It is obvious that the gas needs of South Europe and South-Eastern Europe too. In what way it will be there specifically(…) I think, do not get ahead of ourselves, we have to wait what the outcome of these negotiations. Because negotiations, in my view, based on economic feasibility and technical realizovyvali”, he said, adding that everything “depends on the value of these pipeline systems”.

Sentjurin noted that there are major Russian gas consumers, in particular, the European market showed a good momentum for “Gazprom”, more than 20% increasing the volume of exports last year.

Answering the question will come whether the proposed gas pipeline on Bulgarian territory, the Deputy Minister said: “I don’t know. Know that the Bulgarian partners actively raise the question of how to resume negotiations on the “South stream”. At least this information to our Ministry comes. And as happens in practice, I say difficult, because there is a competition of conditions that offer. Of course, the choice will be in favor of those offering more attractive conditions for this project”.

Gazprom together with its European partners planned to build a gas pipeline “South stream” capacity of 63 billion cubic meters of gas under the Black sea through Bulgaria to Europe. However, because of the position of the European Commission, Russia abandoned this project and began the study of the project “Turkish stream” through Turkey and on to Europe.

Permission for the construction of “Turkish stream” was linked with the granting of discounts for the supply of Russian gas to Turkey. The negotiations broke down with the election and change of government in Turkey. And then the relations between the two countries soured after Turkish air force shot down a Russian military aircraft.

In late February, Gazprom, Edison SpA and DEPA SA signed a Memorandum of understanding on natural gas supplies from Russia under the Black sea through third countries to Greece and from Greece to Italy for the purpose of the southern supply route of Russian natural gas to Europe. For this purpose the parties intend to use to the fullest extent the work done by Edison and DEPA in a project ITGI Poseidon.

The main issue is that most “third country” or “third countries” where the pipe will come out of the Black sea and will reach Greece. It could be Romania (if the pipe goes through the Crimea, it can be quite short). This can be, and Bulgaria (project ready) – a month ago the Bulgarian government suddenly announced that the project “South stream” is about to be reanimated, but were denied at the official level. It may be Turkey, with which it will be necessary to wait for the normalization of relations. However, the historical configuration ITGI just involves receipt of gas from Turkey (800 km on a route Turkey – Greece – Italy). Gazprom itself, in their instruments has repeatedly affirmed the loyalty of the “Turkish stream”, however, with political reservations.