MOSCOW, March 15. Deputies of the state Duma Leonid Slutsky and Vladimir resin was awarded the order of Alexander Nevsky, and Fedot Tumusov – the Medal of Honor. On Tuesday at the plenary session of the lower chamber announced its speaker Sergei Naryshkin. 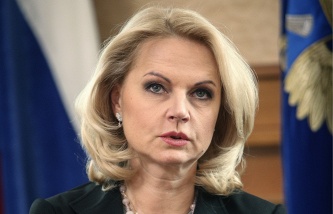 Fedot Tumusov – first Deputy head of the faction “Fair Russia” – the member of the house Committee on health, a member of LDPR Leonid Slutsky, head of the state Duma Committee on CIS Affairs, Eurasian integration and relations with compatriots, Vladimir resin (“United Russia”) has directed the Duma Commission on building of the Parliamentary centre.

The order of Alexander Nevsky is awarded to government employees for special personal merit in nation-building, many years of diligent work (the total length of service must be at least 20 years), citizens of Russia – for high personal achievements in various sectors (provided that they were previously awarded the order of Russia) and foreign political and public figures for contribution to the development of multilateral cooperation.

THE ORDER OF ALEXANDER NEVSKY. HELP

The order of Alexander Nevsky existed in tsarist Russia (since 1725 to 1917) and in the USSR (since 1942). Again the Statute and description of order were approved in 2010. They can be awarded to both Russian and foreign statesmen.

In the state award system of the Russian Federation order of Alexander Nevsky was re-introduced in 2010. The first was awarded Chairman of the state Duma of the fourth and fifth convocation, Boris Gryzlov. Of the deputies of the sixth convocation the Cavaliers earlier were Sergei Popov, who headed the rules Committee, Franz Klintsevich, head of the Russian Union of veterans of Afghanistan, the leader of the CPRF Gennady Zyuganov, LDPR leader Vladimir Zhirinovsky, state Duma speaker Sergei Naryshkin.

The order of Honour is awarded to citizens for high achievements in state, production, scientific research, sociocultural, public and charitable activities, which allowed to significantly improve the living conditions of people, for merits in training highly qualified specialists, the upbringing of the young generation, maintaining law and order.