ROSTOV-ON-DON, March 15. /Corr. Dmitry Bulanin/. Good wine domestic or foreign production cannot cost consumers less than 500 rubles per liter. This opinion in an interview with TASS was expressed by the Director of all-Russia research Institute of viticulture and winemaking named Potapenko Alexander Maystrenko.

We take the grapes to the winery to 25 rubles per kilogram. Well to make a liter of wine, you need 2 pounds of grapes. It turns out that the grape leaves only 50 rubles. And we have to work: storage, packaging, bottle, label, cork, excise taxes. It turns out that the normal cost of a bottle of this wine obtained a minimum of 150-200 rubles. So a producer got some profit, a good wine should cost from 500 rubles

According to him, if the wine on the counter is cheaper than 300 roubles, the user needs to think, is it real and what he buys. The same rule applies to foreign products. “Good wine and abroad is expensive. It need to bring, to clear, to work with him and pour it out. Accordingly, the cost will be high,” – said the scientist.

All-Russian research Institute of viticulture and winemaking named Potapenko is located in Novocherkassk, Rostov region. The institution was founded in 1915 and is now a leading research centre of vine growing and wine – making industry in Russia. The main objective of the Institute is scientific support for the viticulture and wine industry and promoting the industrial culture of grapes on the North and East of the country. Employees are engaged in the breeding of grapes and brought a few cold-resistant hybrid varieties: Cabernet of the North, Floral, steppe, Platov.

Legislation needs to be improved 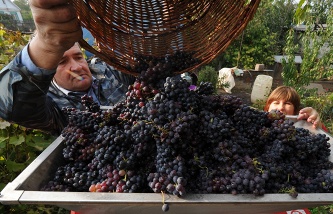 “Anything that contains alcohol, including technical, for example, perfumes, drove to the Federal law No. 171 (“On state regulation of production and turnover of ethyl alcohol, alcoholic and alcohol-containing products and about restriction of consumption (drinking) of alcoholic production” – approx.). As a result, it is very cumbersome, difficult to work with. Until you find the right article, spend half a day”, – Maystrenko told.

“In countries where the development of viticulture and winemaking, there is a law about it. These laws exist in Ukraine, Moldova, Bulgaria, Uzbekistan. In Russia there is no such thing. Grapes and wine are product specific and requires specific legislation,” – said the Agency interlocutor.

According to him, due to unclear regulation of the Russian consumers often receive counterfeit products. As an example, he cited “the wine”. “There is a large business that buys abroad wine tankers in huge quantities and not the best quality. Here (in Russia) bottles under his own brand. Turns out fake, because they do not write, whence this wine, and claim them as our own,” – explained the scientist.

“The law stipulates that if poured in large volumes is “wine”, and when poured into the bottle – it was wine. Stupidity is real, but it is legal. And there are lots of issues we try to fight, not to deceive consumers,” added Maystrenko.

At the end of February last year the Minister of agriculture of the Russian Federation Alexander Tkachev has declared its intention to ban the import of wine materials in Russia in 3-5 years. Now in Russia is imported about 30% of wine from Argentina, Chile, and South Africa. This measure is designed to stimulate the production of grapes in the South of Russia.

What should be the law

According to the scientist, adapted to Russia, the law can be called “On the development of viticulture and winemaking in Russia”. This act shall be governed by the rules of a bookmark of vineyards and their range. 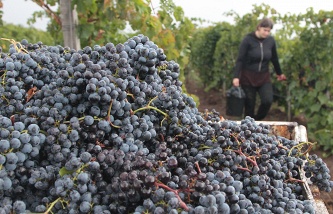 Crimean wines were a hit with the wine festival in Merano

“Varieties imported from abroad, must be tested in specialized institutions, and they (institutions) to make recommendations on the use in Russia. The law should be the requirements for guilt – chemical parameters describing the quality of the wine. To avoid misinterpretations with the “wine” must be clearly defined terminology. You need to write that should be on the label,” – says Maystrenko.

According to him, the law must prescribe General provisions in bylaws – details. “You must accept the regulations for the production of specific wine – the wine sweet, dry, sparkling. And manufacturers have to adhere to. In the law or regulations should be detailed rules for obtaining the license. All these nuances should be enshrined in law”, – said the Director of the Institute.