MOSCOW, March 15. Federal reserve system (FRS) that perform the functions of the Central Bank of the country, today begins a two-day policy meeting, 16 March (21:00 MSK) can keep the base interest rate at the current range of 0.25-0.5%, experts say. Thus, in their view, the market will still closely monitor the tone of the press release of the us Central Bank and the rhetoric of the fed chair Janet Yellen, who will speak at a press conference at 21:30 GMT. It is likely that in the speech of Yellen will hint at another rate hike already this summer. 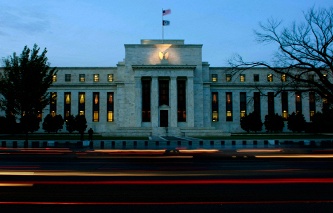 The Department of the Central Bank: the fed can raise the rate one or two times until the end of 2016

“The U.S. Federal reserve is expected this week will not change anything, and the likelihood of raising the Federal funds rate at the June meeting, the futures market estimated at 50/50. Meanwhile, investors ‘ attention to the statement of Committee FRS on operations in the open market (FOMC) will still be high, because it could show how the fed assesses the prospects of the U.S. economy and changes in the forecasts of FOMC members in respect of interest rates,” notes the analyst on macroeconomic policies at the global markets VTB Capital, Neil MacKinnon. According to the expert, in the statement the fed will say about the moderate pace of US economic recovery, a stable situation on the labour market and the gradual return of inflation to the target level of 2%.

According to the consensus forecast Bloomberg, only 4 out of 97 surveyed economists expect a rate hike at the March meeting, the fed up to 0,5-0,75%. All other experts are convinced that the fed’s March 16, keeping rates at the current range. At the same time, the implied probability of a rate hike at the meeting on June 14-15, based on the futures rate Federal funds rate is 51.8 per cent. For comparison, in March this probability index is at 4%,

“The fed will try to avoid unexpected movements that can shake the market, and will leave the rate unchanged, but will give a clear signal that such a decision will be made fairly soon, for example during the meeting in June”, – says the analyst “URALSIB capital” Irina Lebedeva.

The rhetoric of the head of the fed Janet Yellen is changed depending on the determination of the fed to speed up or slow down the pace of the rate hike, which, in turn, depends on the state of the economy and the implementation of macroeconomic forecasts of the fed.

“In December, the fed assumed that in 2016 the rates will be increased by 100 b. p., however currently the market gives quotes only one rate increase on 25 b. p. We believe that the new forecast the fed will be closer to our estimates. We expect that this year the rate may be raised twice, and the first increase possibly as early as June. At the same time, we believe that the FOMC statement and Janet Yellen’s speech will be expressed confidence in the growth of the U.S. economy,” says chief strategist at Sberbank CIB market currencies and interest rates, Tom Levinson.