Since the beginning of the year Ukraine unilaterally raised the rate of transit of gas for Gazprom more than in 1,5 times to 4,5 dollars for transportation of thousand cubic meters of natural gas per 100 kilometers. 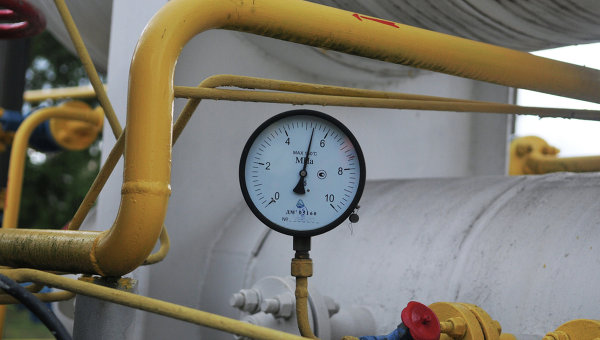 MOSCOW, 15 Mar. “Gazprom” does not exclude that the Ukrainian authorities can in the future to continue the practice of raising transit rates for gas unilaterally.

Since the beginning of the year Ukraine unilaterally raised the rate of transit of gas for Gazprom more than in 1,5 times to 4,5 dollars for transportation of thousand cubic meters of natural gas per 100 kilometers. The decision was taken by the National Commission of Ukraine for state regulation in the areas of energy and utilities (CREATED), despite the presence of a long-term contract on transportation of gas between “Gazprom” and “Naftogaz”. The head of “Naftogaz” has repeatedly stated to the media that he plans on this occasion talks with the leadership of “Gazprom”, however, this information had not been confirmed by Russian companies.

“There can be no assurance that the Ukrainian authorities will not try to unilaterally increase the tariff rate for transit”, — stated in the Memorandum of “Gazprom” to issue Eurobonds.

In addition, from the document to Gazprom that the company does not intend to pay to the Ukrainian side a penalty issued in January 2015, the Antimonopoly Committee of Ukraine. The Committee argues that “Gazprom” is a monopolist in the transit of gas through Ukraine, and since 2011 has been a violation of the terms of the transit agreement with “Naftogaz” — the refusal to adjust volumes and prices on transit to levels that are economically justified.

“The Committee has fined “Gazprom” in the amount of about 86 billion hryvnia ($3.4 billion), and demanded that the alleged violations have been corrected. We believe that the allegations of the Committee are unfounded. We intend to use all rights and remedies available to us under applicable law, to protect our interests,” — said “Gazprom”.

In addition, according to “Gazprom”, “Naftogaz of Ukraine” is the Russian company of overdue debt for supplied in 2013-2015 gas, which currently accounts for approximately 2.6 billion dollars. Most likely, Gazprom includes in this amount the debt for supplies in the South-East of Ukraine, which are implemented by the company from February 2015.