The ensemble of the Armed forces of the Russian Federation for the second time was refused entry by the government of Estonia in relation to suspended military cooperation among States. 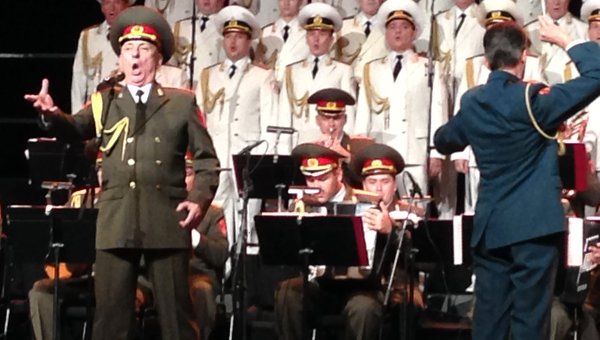 TALLINN, 4 Mar. Nikolai Adashkevich. The Minister of defence of Estonia Hannes Hanzo on Friday refused to grant permission to enter Estonia with the song and dance ensemble of the Russian army Alexandrov, since military cooperation between Russia and Estonia is suspended, reported the press service of the defense Ministry.

This is the second ban from Estonia to the Russian performance artists. In December 2015 the ensemble was not allowed to visit Tallinn in the framework of the tour around Europe.

“According to the law on national defence, representatives of foreign armed forces, if they perform official tasks, may stay in Estonia only with the permission of the Minister of defence. This requirement applies to civilians who are members of the armed forces of another state. The Alexandrov ensemble is an official ensemble of the Armed forces of the Russian Federation under the Ministry of the Russian Federation. Defence cooperation with Russia was suspended in March 2014”, — stated in the message.