Reconstruction of the bridge takes place in the framework of the preparation of transport infrastructure for the world football Championship in 2018. It is planned that the works will be completed in 2017. 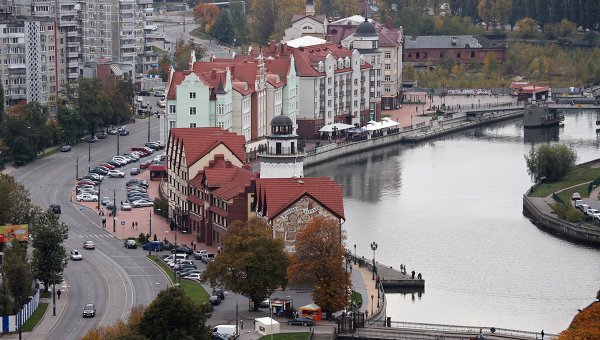 MOSCOW, 15 Mar. The authorities of Kaliningrad announced an open competition with the initial (maximum) contract price 859 million rubles for the reconstruction of the bridge High over the river Pregel in the street October, follows from materials placed on the portal of public procurement.

The period of execution of works (preparatory and construction work) no later than 28 February 2017. It is planned that the bridge will be put into operation no later than may 1, 2017.

Review and evaluation of applications for participation in the competition is scheduled for April 15.

Currently the bridge is the movement of cars, trams and pedestrians. The building includes three bays, with the full length of 74 meters, the average span is adjustable width of the bridge 20 meters, including the width of the carriageway of 11 metres.

According to the information on the website of Kaliningrad, after the reconstruction the bridge will be four plays, two lanes in each direction, while the middle lanes will be combined with the tram movement. On both sides of the bridge will include sidewalks, combined with Bicycle lanes.

Bridge High connects the island to the streets of Bagration and Dzerzhinsky. Its reconstruction is included in the scheme of transport infrastructure construction for the FIFA world Cup in 2018.