MOSCOW, March 15. Russia managed to achieve change in the situation in Syria from a military confrontation to the beginning of the peace process, which resulted in the decision of the President of Russia Vladimir Putin on the withdrawal from Syria of the main part of the Russian military group. This opinion was expressed by the interviewed Russian experts. 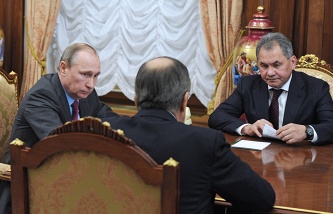 Putin instructed defense Minister Sergei Shoigu to begin on 15 March, the withdrawal from Syria of the main part of the Russian military group and the Minister of foreign Affairs Sergey Lavrov is to intensify Russia’s participation in organizing the peace settlement process in Syria. On the morning of 15 January, the first group of Russian aircraft flew from the airbase Hamim in Syria in the places of permanent dislocation on the territory of Russia, have informed in the Ministry of defense. The President’s press Secretary Dmitry Peskov said that Syria will continue to operate two Russian bases – Hamim and Tartus, whose security must be ensured from the air, from land and sea.

Russia did not involve itself in a protracted war

“Thank God that Russia does not let himself be drawn into a protracted war in the middle East. All war sooner or later over the world. The Russian military, diplomats and politicians has managed to change the power scenario of the Syrian settlement to the peace of the parties. I think that during the Russian-American dialogue on the removal of the Syrian crisis on political rails to negotiate a partial withdrawal of Russian military forces from Syria to create the conditions for a Syrian peace talks in Geneva,” – said the Director of the Institute of USA and Canada studies Valery Garbuzov. 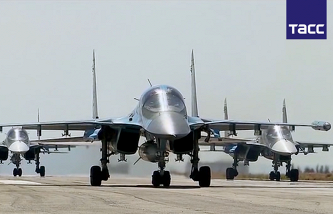 According to the President of the International center for geopolitical analysis Colonel General Leonid Ivashov, to military experts, the decision of Putin to begin withdrawing Russian troops from Syria came as no surprise.

He recalled that the President initially said that the anti-terrorist operation Russia in Syria cannot be eternal, to be temporary in nature, associated with the offensive of the Syrian army to suppress the terrorist organizations.

“My colleagues and I estimated that the military operation of Russia in Syria will last about six months. And so it was. Putin has consistently stressed that the Syrian crisis will be resolved politically. Now is the time. In Geneva after the establishment of 27 February truce in Syria have resumed indirect negotiations between the delegations of the government and the opposition. Conditions for starting the peace process was created by the anti-terrorist operation of the Russian Federation. Now Russian pilots it is time to “put wings” to give way to diplomats and politicians”, – said Ivashov.

Military expert praised the quality and effectiveness of modern weapons Russia used to launch attacks on positions of the terrorist “Islamic state” (IG – banned in Russia) in Syria. “At the same time we must recognize that modern military equipment from the Russian army so far is not enough. Putin said that modern samples leaving only 30 per cent of its weapons. Increasing their number is never cheap. And indeed the anti-terrorist operation in Syria is very costly. So in every sense the beginning of withdrawal of Russian troops from Syria – the process is timely,” – said Ivashov.

According to Ivashov, his successful anti-terrorism operation in Syria, Russia reshaped the map of the Middle East: “six Months ago in the Syrian conflict were two major external players – Turkey and Saudi Arabia, whose actions against the army of Syrian President Bashar al-Assad tried to coordinate US. Now this axis – Ankara – Riyadh – Washington – looks like the loser. Turkey and Saudi Arabia in the process started for the peaceful settlement of the Syrian crisis became outcasts”. 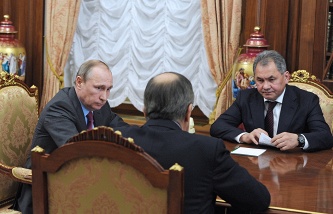 According to the military expert, long-term geopolitical effect of the Russian anti-terrorist operation in Syria may be a gradual restoration of international security. “It is obvious that Russia as a result of the operation in Syria has significantly increased its international weight, that is admitted by the United States. Therefore, the balance of power in the world will start to level off” – said Ivashov.

In turn Garbuzov said that the Russian military and diplomats will be able to record in the asset efforts on the Syrian settlement is only the case if the peace process will not be disrupted.

Ivashov believes that Moscow, providing a fracture in a military confrontation in Syria and announcing the beginning of the withdrawal of the Russian forces, has the right to expect reciprocal steps by world leaders. “But there is a danger that some countries will try to take advantage of Russia achieved success in their own interests. USA always have a plan “B”, which is not saying publicly,” – said the expert.

Another “pitfall” under the process of the Syrian settlement Ivashov said the reluctance of Turkey to withdraw its troops from the border with Syria. Not coincidentally, the permanent representative of Turkey to the EU Selim Inel immediately after Vladimir Putin’s statement on the withdrawal of part of a contingent of the aerospace forces of the Russian Federation from Syria said that a military conflict in the country will continue, and expressed the belief that the fight against ISIS need a full ground operation, the expert reminded. According to him, “now the question is whether the United States distancing themselves from the militant stance of Turkey”.

According to Garbuzova, the situation in the Syrian ceasefire and the negotiation process will depend on whether the conflicting parties to compromise in fundamental disagreement. “Moscow, Washington, Turkey, Saudi Arabia and the Syrian opposition’s different approaches to the future of Bashar al-Assad. Ankara may not agree with the beginning of the peace process in Syria and to intensify offensive actions in the border areas. It is possible that in this case the Russian HQs can go back to Latakia in the current composition. Russia and the US need to maintain the military, diplomatic and political control over the situation, not to destroy the dialogue. In any case, in the euphoria of falling should not be”, – said the Director of the Institute of USA and Canada.