MOSCOW, March 15. The most popular segment for investment in Moscow remains housing. The number of concluded contracts of share participation in construction of apartment buildings in Moscow increased in 2015 compared to 2014 for 5-6%, said Tuesday at the international exhibition Mipim in Cannes 2016, the Chairman of the Committee for supporting investment projects implementation in construction and control of shared construction (Mostostroenija) Konstantin Timofeev.

In Moscow in January imposed a 3.5 times more than in the same period of 2015

Sobyanin: the difficult situation in the economy will lead to a drop in the pace of construction in Moscow

“Last year was a record year for the rental of a property introduced to 9.1 million sq m of real estate, including 3.2 million sq. m of living space. Indeed, the increase in 2015 in number of contracts equity (DDU) in comparison with the year 2014 amounted to about 5-6%. And now investors are invested, above all in residential buildings,” said Timofeev.

On the second place by investment appeal, according to Timofeeva, the cost of the infrastructure. “The construction of roads with the participation of the state and office space in multifunctional complexes. In addition, the mayor approved the program for construction of transport interchange hubs: the nodal points, where there are not less than 200 million square meters of commercial real estate. The first investors we already have. We invite everyone to participate in the auction,” – said the Chairman of Moskomstroyinvest. 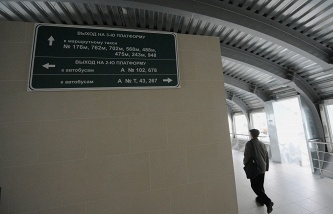 Previously the Deputy mayor of Moscow on urban policy and construction Marat Khusnullin said that the Moscow authorities until the end of 2016 we intend to complete the development of urban planning documentation for all planned construction in the capital TPU.

The entire city plan is to build 177 capital TPU. According to the city authorities, it is the optimal number, which will ensure the majority of Muscovites comfortable transferring from one means of transport to another.