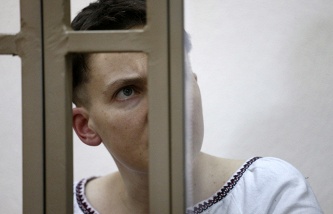 Pamfilova is in constant telephone communication with Vera Savchenko, the Ukrainian Consul.

German foreign Minister: Germany has received a request from Ukraine to send doctors to Savchenko

Savchenko is accused in Russia under three articles UK: “Murder”, “Attempted murder” and “Illegal border crossing”. According to the prosecution, being in the location of a paramilitary battalion “Aydar” on June 17, 2014 near the village Metalist in Lugansk region, it was conducting secret surveillance and correction of shelling the checkpoint militias declared LNR with him were civilians, including three Russian journalists VGTRK. As a result of the shooting, two of them – Igor Kornelyuk and Anton Voloshin – were killed.