ABU DHABI, March 15. Part at the possible meeting of the countries-oil producers, which will discuss the issue of “freezing” the level of production of this raw material, will be attended by representatives of at least 14 States. On Tuesday reported the Internet portal of the pan-Arab newspaper “al-Sharq al-Awsat”.

According to her, “in the negotiations on the stabilization of prices on the global oil market and “freezing” the level of production will meet representatives from at least 14 States.” Indicated that to four States that have taken this initiative – Russia, Saudi Arabia, Qatar and Venezuela, will join at least 10 countries-oil producers. 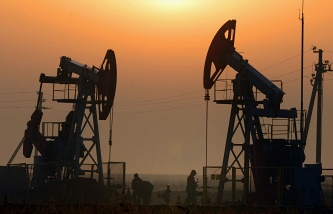 Iran believes the price of $70 per barrel of oil is acceptable, but is ready to decrease

As reported by several informed sources in the Organization of countries-exporters of oil (OPEC), the meeting most likely to take place in the capital of Qatar – Doha. In addition to the Qatari capital, also featured on Moscow and Vienna, which houses the headquarters of OPEC.

The exact date of talks about a possible “freezing” of the oil production level is not yet specified, but according to sources, she “likely will take place (in Doha) in the first two weeks of April, and the deadline – to the middle (April) of the month”. However, it is noted that the official invitations to participants of the upcoming talks has not yet sent.

In mid-February 2016 in the capital of Qatar, the Ministers of oil of Saudi Arabia, Qatar, Venezuela, included in OPEC and Russian energy Minister Alexander Novak expressed the readiness to save, on average, in 2016 oil production at the level of January of the current year, if other countries-oil producers will join this initiative. On 17 February in Tehran passed negotiations of Ministers of oil of Iran, Venezuela, Iraq and Qatar, which, in turn, discussed the possibility of “freezing” the level of oil production. Post-sanctions Iran seeks to rebuild its market share and expects that OPEC and other major manufacturers will offer a special program on its mining and export.