MOSCOW, March 15. JSC “Russian Railways” (RZD) expects to end the year to determine the feasibility of the transition from the SAP system on the Russian IT development, told journalists the Director for information technologies, Russian Railways Evgeny Charkin. 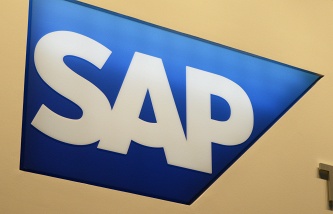 Media: RZD may refuse from SAP

According to him, this issue is discussed in the framework of the development strategy of the IT unit of the holding.

“My goal is by the end of the year to develop the IT development strategy of Russian Railways holding. This means that there will be developed a road map for information systems: what systems are targeted on a particular process, what systems will be replaced with newer developments, which are the base system”, – he said.

Charkin stressed that the decision to move to SAP for domestic development has not yet been made.

“We really look at how the national system – we turned to the market leaders: 1C, Galaktika – can technologically be satisfactory from the point of view of scale, as we have in the system now operates 220 thousand people. I yet known cases of introduction of a similar scale to our domestic peers,” he said.

“We will certainly look in the direction of domestic producers, but at the same time we must clearly understand that the introduction made on the technologies of SAP, spent a lot of money, and they should be involved, to work and to deliver. And finally, for deciding that on our scale, landscape and functionality can work of the Russian manufacturers, it is necessary to conduct detailed testing and analysis with colleagues. We are doing that now, we have created test stands”, he explained.

Speaking about investments in the IT structure of the Russian Railways, Charkin reminded that for these purposes was laid about 8 billion rubles for the current year.

“We are currently considering plans for efficiency and cost reduction are reviewing our plans for IT, he said. – We expect that within a month we will do a review of the draft investment programme, which was done. Want it done at the level of functional customers to ensure that IT has not decided where to spend their investment, and to make it an informed decision on the level of the company’s business”.

Earlier, the Russian authorities have repeatedly noted the need to reduce dependence of Russia on foreign software production.