MOSCOW, March 15. The Board of Directors of the largest Russian manufacturer of cars of group “AVTOVAZ” will elect a new President at the March 15 meeting in Togliatti.

It is expected that the Board will take the decision to resign Andersson and will announce the name of the new head.

Shokhin: “AVTOVAZ” must involve a Manager from Renault or Nissan

AEB: sales of passenger cars and LCV in Russia in February fell by 13.4%

Media: General Director of the Romanian Dacia may take the post of head of “AVTOVAZ”

Andersson joined the company in 2013. He continued the strategic restructuring of AVTOVAZ, which included the process of modernization, launching of new products and technology transfer.

In 2015 year on the background of costs for launching new models, the crisis in the car market, the decline of purchasing power and the devaluation of the ruble AVTOVAZ got a loss in the amount of 74 billion rubles. the Company also breached the covenants on contracts with banks 36.6 billion rubles and reported in the financial report that without the support of shareholders has the risk of suspension of its operations due to heavy losses and difficulties associated with the repayment of debt.

The controlling carmaker owned by the Renault-Nissan Alliance, block-package – GC “rostec”. Shareholders in control of AVTOVAZ through a company Alliance Rostec Auto BV.

The head of the rostec Corporation Sergei Chemezov, in an interview stated that he considers guilty of Andersson that the “AVTOVAZ” has suffered losses for the year 2015 in the amount of 74 billion rubles under IFRS. According to Chemezov, the error Andersson was the fact that he did not actively work with Russian suppliers and has entered into more expensive contracts with suppliers of the Alliance.

Earlier, a source reported, the President of the Russian company “AVTOVAZ” Bo Andersson will retire on April 8, April 7 will be his last working day. 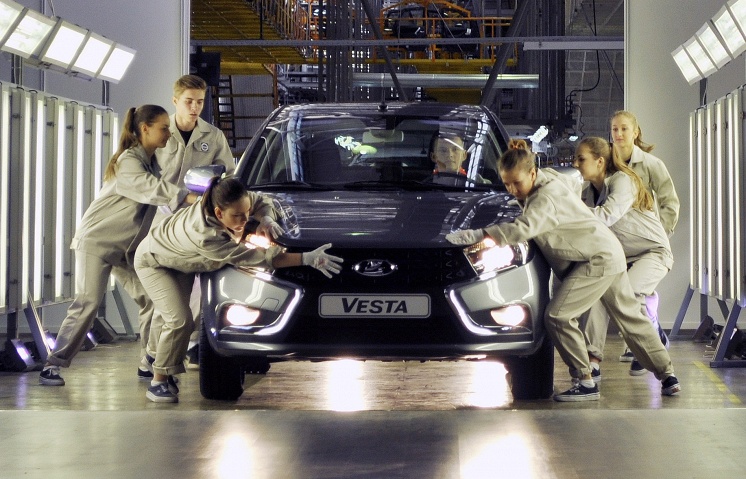 “AvtoVAZ” calls for help: about the situation in the enterprise questions and answers