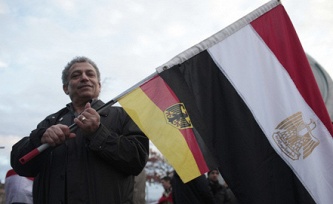 “The Central Bank decided to follow a more flexible monetary policy in order to restore balance in the currency market and the normal circulation of the national currency inside the banking system”, – stated in the message state of the credit institution.

Such a sharp devaluation of the Egyptian pound is the first time in many years. According to the estimates of financial analysts, it is made primarily for the purpose of combating the black market. In recent weeks the difference between the official and the informal rates of the Egyptian pound against the U.S. currency increased, one dollar on the black market you could buy sometimes for more than 10 eg.f. After the devaluation of the unofficial exchange rate close to the official.

After the announcement of the devaluation of the national currency, the main stock index EGX30 jumped immediately by seven percent to highest level in eight weeks. Before closing the exchange, he reached 7 008 points. According to the forecasts of economists, the Central Bank will help bring in the Egyptian market for foreign investors, the outflow from Egypt which was observed last years.