SIMFEROPOL, March 15. /Corr. Elena Bogdanovich/. The head of the administration of Yalta Andrew Rostenko has sent a formal invitation to the mayor of nice and the head of the region Provence – Alpes – côte d’azur, Christian Estrosi to visit the Crimea at the end of may. 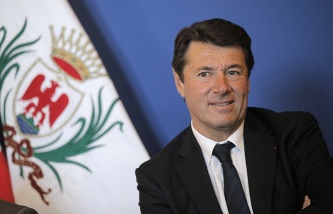 “The second half of may pre-agreed, clear date yet. He signed an invitation to the visiting delegation (from nice – approx.) Yalta to sign the agreement on the renewal of sister-city ties,” said Rostenko correspondent.

Who will join the delegation in addition to the mayor of nice, is still unknown. The program of the visit is agreed. “There is a preliminary arrangement on a meeting with head of the Republic (Sergey Aksyonov – note). The second is the visit to the winery “Massandra”, and local cultural sites, including, of course, the Livadia Palace. I think that the agreement is a plan right there,” said the head of Yalta.

In addition, the French want to communicate with the residents of the Crimea, to personally verify their opinion on the status of the Peninsula. “The desire to meet and talk with residents is definitely confirmed Rostenko. – Therefore, I think, will be scheduled to meet with residents, veterans and the deputies of Yalta”.

The visit of nice in the Crimea will be a return visit from 26 February to 1 March in France was visited by the representatives of Yalta headed Rostenko. There was signed a Memorandum on the continuation of friendly relations between the cities under the agreement, which was concluded in 1960.

The representatives of France had already visited Crimea after its accession to the Russian Federation. The first visit took place in July 2015: French parliamentarians led by Thierry Mariani met with the leaders of the Republic, visited the facilities and were able to communicate with ordinary people.