MOSCOW, March 15. The Federal tax service (FTS) of Russia filed a lawsuit in the Moscow Arbitration court on the recognition of a Charter airline “Kogalymavia” bankrupt. It follows from the materials of a card file of arbitration Affairs. 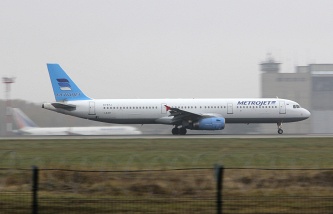 Media: “Kogalymavia” ceased operations due to the closure of air links with Egypt and Turkey

The details of the claim are not disclosed, the date of consideration of the case has not yet been appointed.

At the beginning of November 2015, the airline has suspended the work of four A321 aircraft, and later ceased to fly and two A320 aircraft (the entire fleet consists of six aircraft). Currently “Kogalymavia” does not fly. The aircraft successfully passed the test of Rostransnadzor, which was held after the terrorist attack on Board an aircraft, which is October 31, 2015, carried out flight Sharm El-Sheikh to St Petersburg. After this tragedy, the air traffic between Russia and Egypt was discontinued.

At the end of November 2015, Russia has introduced a ban on Charter flights to Turkey in response to downed Turkish air force Russian su-24 bomber.

In early December 2015 “Kogalymavia” appealed to the government for reception of state guarantees 5 billion rubles As stated by the Minister of transport of RF Maxim Sokolov at the beginning of March, “Kogalymavia” almost no existing aircraft, so the airline or must submit a plan of upgrading the fleet, or to leave the market. Otherwise, it will not be able to engage in international transport at the proper level, said Sokolov.