MOSCOW, March 15. The Russian foreign Ministry called provocation attack a group of journalists on the frontline in the Donbass, which took place on March 14 and urged international human rights organizations and the OSCE to condemn the incident. 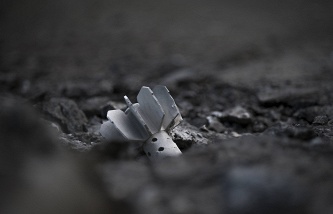 Journalists of Russia, China and the DNR came under fire of Ukrainian law enforcers in the Donbass

“The incident forces us to again urge international human rights organizations, as well as the office of the OSCE representative on freedom of the media to condemn this provocation provocative, is fundamentally contrary to all norms of international humanitarian law and obligations of Ukraine and to demand from Kiev to take measures to prevent the recurrence of similar incidents”, – said in comments to Russian depodesta.

To find shelter from the bullets

On March 14 at the contact line in the Donbass violated the ceasefire regime from the Ukrainian security forces made a massive attack on the village zaytsevo near Gorlovka.

Under the gun was the film crew of Russian TV channels VGTRK, “First channel”, “Stars”, the staff of the Chinese news Agency Xinhua, and journalists DNR. None of the media workers were not injured, all of them managed to find shelter from the bullets.

27 December 2015, the film crew VGTRK under fire in the village of Kominternove, which is located in the neutral zone of the separation line in the Donbass. The same day shots were fired at observers of the Special monitoring mission (SMM) of the OSCE.

As a result of these incidents, deaths and injuries were not.