SEVASTOPOL, March 16. /Corr. Janina Vaskovsky/. Alexey Chaly personally introduced to the Legislative Assembly of Sevastopol an order for the termination of its powers to the President, the press-service of city Parliament. The text of the document posted on the official website of the legislative Assembly. 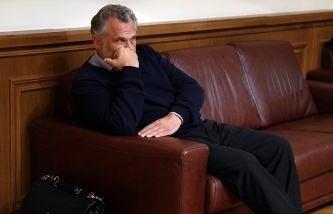 Roan will make a decision on the resignation, if this is not done by the deputies

Deputy Chairman of the legislative Assembly Ekaterina Altybaeva earlier told reporters that the resignation issue will be included in the agenda of the regular meeting of the city Parliament, which will take place March 22.

Previously Chaly said in an interview with “Kommersant – Vlast” that will leave the post, even if the deputies will ask him to stay.

His intention to resign as Chairman of the legislative Assembly of Sevastopol Chaly announced on December 29, 2015. Its decision he explained the failure of the concept of development of the city. He also called the Governor of Sevastopol Sergey meniailo to follow his example.