MOSCOW, March 16. The European Union has gone in their concessions to Turkey “much further than it would look decent”. 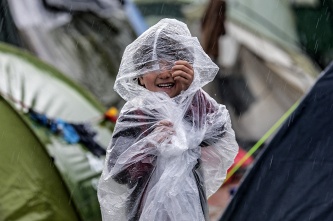 The Guardian: migration, EU trade with Turkey violates the Convention relating to the status of refugees

This was stated by the permanent representative of the Russian Federation to the EU Vladimir Chizhov during the video bridge Moscow – Brussels.

“Against this background, the proverbial common values of the European Union have faded,” said the diplomat.

The output VC of the Russian Federation from Syria

A decision to withdraw the VC main forces of the Russian Federation from Syria in the EU in General perceived positively, said the Russia’s permanent representative to the EU.

“As a whole – positively, each for their own reasons, the diplomat said. – Some saw it as not only political, but also military success, someone saw it through the prism of Russian-American or interaction, or competition.”

Meeting of political Directors of the EU and the Russian Federation

A meeting of policydirector Russia and the EU scheduled to be held in April in Moscow, said the diplomat.

“In April, another meeting of political Directors in Moscow,” the diplomat said.

The visit to Moscow of high representative of the Union for foreign Affairs and security policy Federica Mogherini remains on the agenda.

“The preparation is, the question of the visit to Moscow remains on the agenda, it confirms itself Mogherini,” said the diplomat.