MOSCOW, March 16. Russia and Egypt are determined to promote the partnership without any pauses, reaching maximum results. 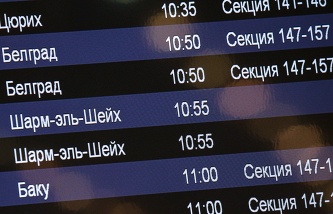 Egyptian foreign Minister: Cairo waits for the signal from Moscow on the resumption of the “Russian tourists”

This was stated by Minister of foreign Affairs of Russia Sergey Lavrov, opening negotiations with the head of the Egyptian foreign Minister Sameh shoukry.

‘We often meet, this reflects the current state of relations, the tone that was set by the presidents – he said. – Recently between the presidents had a phone conversation. They discussed the state of bilateral relations, exchanged assessments of the situation in the region, especially in Syria and Libya”.

“On all these issues confirmed the commitment to consistently promote our partnership without any pauses, reaching a maximum results, – said Lavrov. – We have a busy agenda, I am confident that we will be able to move forward on areas identified by our leaders”.