NEW YORK, March 16. Service for sharing photos and videos Instagram announced the introduction of a new algorithm of creating a personal news feed. In published on Wednesday a press-resile the company said that the new publications will be presented based on user preferences and their relationship with the person who posted a particular photo or video. 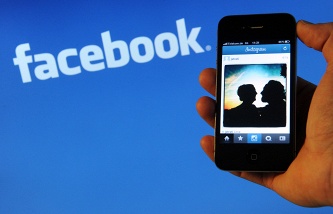 “You may be surprised to learn that people miss on average 70% of the content of his films. The growth of Instagram is becoming more difficult to have time to view all photos and videos shared by users. This means that often you do not see the news that interest you the most,” says the company.

A similar algorithm was already used in social network Facebook.

It is reported that the new system of news will be introduced in the coming months. Previously, the service used the reverse chronological order when displaying new updates.

Russia ranks 5th in the world by number of active users of Instagram with an audience of 16 million people. Of all the social networks more than 400 million users in the world.