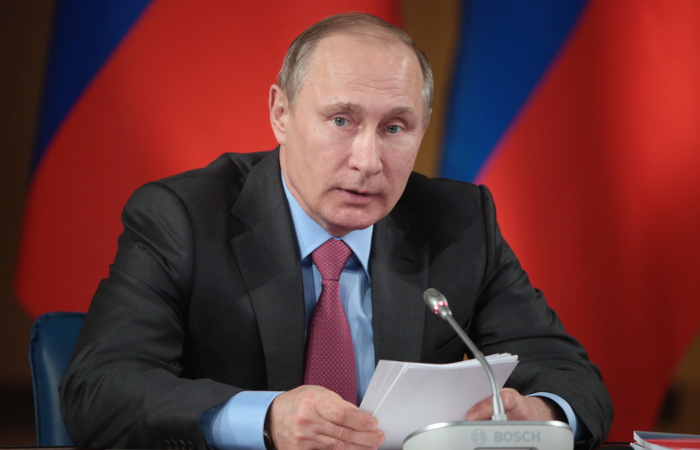 Moscow. March 15. At the first meeting of the Kremlin working group on the interaction between the law enforcers and business that will be conducted by the President of the Russian Federation Vladimir Putin, among other things, will discuss the entrepreneurial decriminalization of violations, the newspaper RBC on Tuesday.

The President’s press Secretary Dmitry Peskov told the newspaper that the meeting is being prepared, and the date will be announced later. According to newspaper sources familiar with the preparations for the meetings business, the first meeting of the working group will take place on 23 March, and the outcome of the debate the President may announce the next day at the Congress of the Russian Union of Industrialists and entrepreneurs (RUIE) in Moscow.

The preparation of the agenda of the first meeting involved the assistant to the President Andrey Belousov, the newspaper said. In the last few weeks he has held a number of meetings with security officials and representatives of business associations, told RBC four people familiar with the preparations for the meeting.

“Was chosen a few questions that relate to the topic of the decriminalization of violations of the business and after the meeting can be given instructions on further development. It is assumed that the keynote speaker for the meeting will speak (the head of the presidential administration), Sergei Ivanov,” – said two source

The report will summarize the proposals to change legislation from all business associations, but will be considered only a few questions that were discussed by the business community, the newspaper said.

Vladimir Putin said at a meeting with the head of RSPP Alexander sofinim 15 February to establish a working group on monitoring of law enforcement in the field of entrepreneurship at the site of the Kremlin, designed to become a mediator in the relationship of power structures and business.

The head of the presidential administration (AP) Sergei Ivanov on 16 February said that the group is mandated to lead him and what it will include 11 people. Among them, the head of “Business Russia”, RSPP, Trading-industrial chamber (CCI) and “OPORA Russia”, and from the siloviki – the representatives of the state office of public Prosecutor, FSB, the Investigative Committee and the interior Ministry, at the level of Deputy heads or chief deputies. In addition, the AA group will enter the presidential aides Andrei Belousov and Larissa Brycheva.