New DELHI, March 16. Rosneft creates a unique international consortium on the basis of Vankor project, the Indian company can get in it at 49.9%, the message “Rosneft”.

Vankor is one of the largest mining projects of “Rosneft” is in Eastern Siberia. 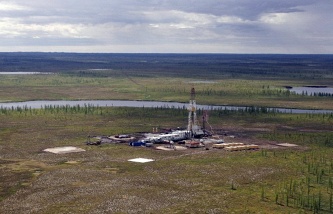 In particular, Rosneft, Oil India, Indian Oil and Bharat Petroresources have signed an agreement on the basic conditions of acquisition by the group of Indian companies to 23.9% stake in JSC “Vankorneft”. The document envisages the possibility of concluding a legally binding deed of sale.

Also “Rosneft” has signed with ONGC Videsh Limited a Memorandum of understanding on cooperation in the Vankor field, suggesting a possible increase in the share of Indian companies up to 26% in JSC “Vankorneft”, as well as exploring the potential to develop joint activities in the field of trading of hydrocarbons, in particular long-term contracts for the supply of oil. The company previously entered into a contract of sale of 15% of JSC “Vankorneft” and the shareholders ‘ agreement in relation to the management joint venture. The closing of the transaction under the contract of purchase and sale is expected in the shortest possible time. “Rosneft” has signed with the Indian state company ONGC on the sale of 15% in the Vankor for 1.27 billion us dollars on 4 September.

In addition, Rosneft, Oil India, Indian Oil and Bharat Petroresources have signed a Memorandum of understanding on co-operation in the Vankor cluster, involving the joint analysis of potential partnership for the purpose of development of the Suzunskoye, Tagulskoye, and Lodochnoye fields.

Documents aimed at creating a unique international consortium on the basis of Vankor project, in the framework of the visit to India was signed by the Chairman of the Board of JSC “NK “Rosneft” Igor Sechin in the presence of Minister of oil and gas Dharmendra Pradhan.

“The implementation of the conditions of the signed documents will allow to create on the basis of the Vankor project is a unique international consortium, in which Rosneft will play a leading role – the company will retain a majority stake in the project. Organization international energy hub will greatly enhance the production potential of Vankor cluster. 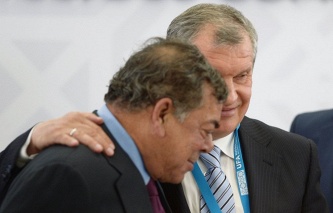 Indian partners, in turn, will take a substantial stake in one of the world’s leading projects in the field of “Exploration and production”, with substantial reserves of high quality raw materials and among the lowest in the industry cost indicators of hydrocarbon extraction. Potential implementation of joint trading operations will strengthen the position of Russian energy resources in the highly competitive Asia-Pacific region, will have a positive impact on the stabilization of the market”, – stated in the message.

Following the signing ceremony, the head of “Rosneft” Igor Sechin said: “the Signed documents literally opens up a new page in energy cooperation between Russia and India in the development of the agreements reached at the summit between Russian President Vladimir Putin and Prime Minister of India Narendra modi. The format of cooperation, worked out at the corporate level, aimed at creating a vertically integrated model providing Indian partners with the opportunity to participate in the development and production of hydrocarbons, “Rosneft” – access to the growing Indian market. The agreements reached is a transition from energy dependence to energy partnership of two countries”.

In turn, the Minister of oil and gas of India Dharmendra Pradhan said: “the Signed documents is an outstanding achievement that demonstrates a high level of partnership between India and Russia. It is particularly important that the cooperation is long term in nature and will have a significant multiplier effect on the economies of both countries”.

Oil and gas field Vankor is located in the territory of the subsoil of Federal importance, therefore, to close trades, you will need to obtain the consent of regulatory authorities.

“Vankorneft” – a subsidiary of “Rosneft” – established in 2004 for the development of the Vankor oil and gas condensate field. This is the largest of the fields discovered and commissioned in Russia for the last twenty-five years old, is located in the North of Eastern Siberia in the Turukhansk district of the Krasnoyarsk territory in 142 km from the town of Igarka. Initial recoverable reserves in the Vankor field as at 1 January 2015 amount to 476 million tons of oil and condensate, 173 billion cubic meters of gas. The Deposit area is 447 sq. km Extraction of oil and condensate in the Vankor amounted in 2015 to 22 million tons. On December 30 of last year was 115 extracted millionth ton of oil since the beginning of operation.