LIPETSK, March 16. The arbitration court of the Central district dismissed the complaint of Federal tax service and canceled an interim measure under the claim of tax specialists to Lipetsk confectionary factory Roshen, according to the case materials. Factory in court contesting the assessed taxes, penalties and fines totaling 361,5 million rubles, Lipetsk court has previously forbidden to write off this amount from the account of the factory to the end of the trial that it suffered no damages. 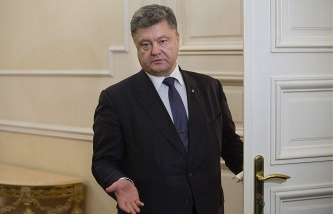 MP: the business Poroshenko annually delivers to Russia of goods for $30 million

October 22, 2015 the Federal tax service denied cancellation of definition of Arbitration court of the Lipetsk region from October 12, according to which the court has adopted interim measures. Arbitrage motivated ban incontestable collection 361,5 million rubles before the entry into force of the decision on the case because it “would lead to losses related to default of obligations to employees to pay insurance premiums, suppliers under contracts of foreign economic activity”, – stated in the materials. The tax has filed an appeal against the refusal to cancel the definition, but on 30 November the Nineteenth arbitration appeal court again sided with the factory.

The current ruling of the Arbitration court of the Central district may be appealed against within two months in the Judicial Collegium of the Supreme Court.