MOSCOW, March 16. The foreign Ministers of Russia and Egypt, Sergei Lavrov and Sameh shoukry will hold talks in Moscow, during which will consider the settlement of the crises in the middle East and bilateral relations.

During the visit to the Russian capital (on March 17) shoukry will also meet with Chairman of the State Duma Sergey Naryshkin, Deputy Prime Minister Arkady Dvorkovich, the head of the Ministry of industry and trade Denis Manturov. 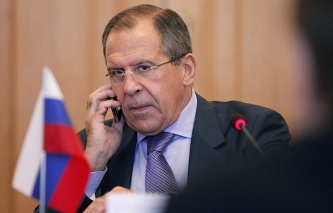 Russia is interested in the active role of Cairo in international and regional Affairs.

“Close attention will be paid to problems of settlement of crisis situations, which oversaturated the Middle East region, said in depodesta of the Russian Federation. – Planned to discuss developments in Syria, Libya, the problems of the Arab-Israeli settlement. From the international themes special emphasis is meant to be done on the issues of counteraction to threats of terrorism and extremism”.

Bilateral subject will focus on the promotion of agreements at the highest level to increase cooperation in trade, economic, cultural, scientific, humanitarian and other spheres.

When you open the sky

One of the main issues in bilateral relations are the prospects for the resumption of flights between Russia and Egypt. Air service was discontinued on 6 November 2015 after the terrorist attack on the plane “Kogalymavia” carrying out 31 October on the Sharm El-Sheikh to St Petersburg. Representatives of several Russian agencies then repeatedly went to Egypt to audit aviation safety regulations.

The presidents of Russia and Egypt Vladimir Putin and Abdel Fattah al-Sisi on 7 March in a telephone conversation noted the importance of creating all necessary conditions for the resumption of flights and tourist exchanges.

Sameh Shukri in an interview said that the Cairo has fulfilled all the requirements of Moscow to strengthen aviation security.

“We hope that flights between the two countries will be restored in the near future – all demands by the Russian side and the power structures we have fulfilled, he said. We believe that our Russian colleagues appreciated it”.

As expected, one of the topics of negotiations of the heads of depodesta will be the situation around Syria in the context of the decision of the President of Russia to start the withdrawal of the main part of group of the Russian HQs. Vladimir Putin instructed the foreign Ministry to intensify Russia’s participation in the organization of a peace process aimed at resolving the Syrian problem. 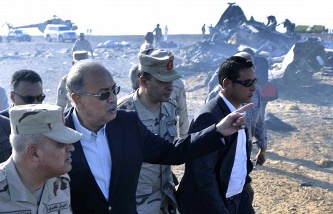 Moscow and Cairo are actively working in the framework of the International support group in Syria. Shoukry and Lavrov in a telephone conversation on 8 March pointed to “steady progress in the implementation of enshrined in UN security Council resolutions agreement on the cessation of hostilities, the improvement of the humanitarian situation and an early launch of inter-Syrian dialogue between the Syrian government and the opposition under the auspices of the United Nations in Geneva”.

The Ministers then urged “not to delay the start of negotiations and to ensure the participation of representatives of the entire spectrum of the opposition”.

Launched on 14 March in Geneva mezhsiriyskih talks in Moscow underscore, require intensive external support, especially from Russia, the U.S. and the UN. While the Syrian parties should not put forward ultimatums and try to prejudge the outcome of the dialogue, urging to exclude anyone from the political process.