MOSCOW, March 16. The government has instructed the Ministry of natural resources and environment (MNRE) to work out the question of the transfer on competition sites hard-to-recover hydrocarbon resources for the development of landfills for the development of novel technologies for the exploration of non-traditional sources of hydrocarbon raw materials. This is stated in the documents of the Ministry, copies of which are available. 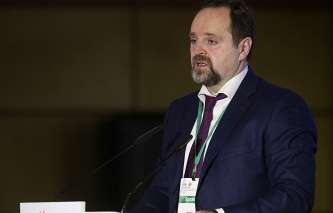 Also, these sections can be transmitted on a simplified basis, by broadening the horizon companies, which have licenses for development and production in the region and will provide scientific and technical proposals.

So far in the framework of agreements between the Ministry of environment and Federal entities such polygons created in the Tomsk region, the Khanty-Mansiysk Autonomous district, the Republic of Tatarstan and in each of these regions has a particular subsoil user that carries out a specific list of works on development of new technologies. However, according to the existing materials in the office of the government of the Russian Federation consider appropriate to take measures to stimulate subsoil users for the purpose of exploration and development of tight reserves.

Thus, in each of the regions may be selected to create polygons two or three more blocks for each type of scavenger stocks, the list of which will be Rosnedra.

The MNR proposal on accounting APG

In addition,the Ministry of natural resources has prepared a draft resolution, which proposes to eliminate the investments for the gas program in the calculation of tax for excess flaring of associated petroleum gas (APG).

As they say in materials of the Ministry, each year companies pay for the excess associated gas flaring, which is calculated from the coefficients. The more produced associated gas burning company, the higher the coefficient used in the calculation. This takes into account the investment plans of APG utilization in the future, which are annually reflected in the investment programmes of the gas.

The Ministry of natural resources explains its position by the absence in the legislation of the Russian Federation the concept of “investment gas program” and order the approval of such programs. The Ministry proposes to reflect the activities on the use and utilization of associated gas within the scope of technical development projects. It is noted that the Ministry of energy of the Russian Federation considers that measure appropriate.

In the Russian Union of Industrialists and entrepreneurs (RSPP) declare that all or some of the costs reflected in investment gas programs will not be included in technical projects. This can occur due to infrequent updating of technical programs every three years or more and will require subsoil users significant cost of their training, and in case of failure to harmonize the tax burden of the company will increase – will have to incur investment costs and costs for excess burning.

On this basis, the RSPP proposes not to cancel gas investment programs, use them in the calculation of fees for excess burning and to legislate the requirements for their preparation.

In 2007, President Vladimir Putin has set the task to bring the level of APG efficient utilization at the utilization to 95% by 2012. However, a number of companies have pledged to increase this figure to the required level only by 2016.

From 1 January 2013 the Russian government approved higher fines for associated gas flaring, and also took into account the wishes of the oil companies offered a differentiated approach to APG utilization.

In 2015 the Minister of natural resources Sergey Donskoy said that since 2012 the company has invested in useful utilization of APG 200 billion roubles, and the level of associated gas utilization increased by 12.5 per cent.