MOSCOW, March 16, the Possible bankruptcy of the airline “Kogalymavia” not catastrophic for the aviation industry, said transport Minister Maxim Sokolov. 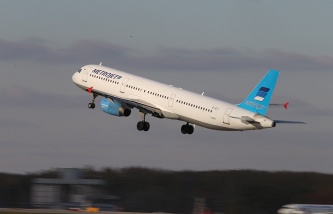 “I don’t see (in bankruptcy “Kogalymavia” – approx. ed.) no catastrophe for the industry, although, of course, for individual companies, Yes, sad, but such is the world and the history of development,” he said

On the eve of the Federal tax service filed a lawsuit in the Moscow Arbitration court about bankruptcy of airline “Kogalymavia”. The details of the claim are not disclosed.

“Any bankruptcy can happen. Today the company (“Kogalymavia”) is in a difficult situation, let’s say, for objective, and to some extent independent of her reasons. Because the two main directions of the company, are Egypt and Turkey, were closed. The company given the lack of own fleet (only one aircraft – approx. ed) are unable to shift to other international destinations”, – said the Minister.

Sokolov believes that to save the airline from bankruptcy can now only its shareholders.

“If the shareholders fail to deliver the shoulder, will not support its finances, then, of course, she will not be able to meet its obligations or to passengers or to other counterparties of the industry: airports, fuel filling systems, handling companies. And she would have to leave the market”, – concluded the head of Ministry of transport.

At the beginning of November 2015, the airline suspended flights four A321 aircraft, and later ceased to fly and two A320 aircraft (the entire fleet consists of six aircraft – approx.ed). Currently “Kogalymavia” does not fly its aircraft successfully passed the test of Rostransnadzor, which was held after the terrorist attack in Egypt on 31 October 2015.

The ban on air travel to Egypt and Turkey

After this tragedy, the air traffic between Russia and Egypt was discontinued. At the end of November 2015, Russia has introduced a ban on Charter flights to Turkey in response to downed Turkish air force Russian su-24 bomber.

“Kogalymavia” (uses the Metrojet brand) operates flights to Greece, Egypt, Spain, Cyprus, Turkey, Montenegro. In early December 2015, the company appealed to the government for reception of state guarantees for 5 billion rubles. As stated Maxim Sokolov at the beginning of March, “Kogalymavia” almost no existing aircraft, so the airline or must submit a plan of upgrading the fleet, or to leave the market. Otherwise, it will not be able to engage in international transport at the proper level, said Sokolov.