The center for strategic communications (CSC) “the Apostle”, belonging to the General producer “Match TV” Tina Kandelaki, has completed the development of a new brand for the Agency for housing mortgage lending (AHML). Now the business, including the seller and the Federal Fund of assistance to housing construction development (rzhs) will position itself under the brand “the House.Of the Russian Federation”, said the General Director of AHML Alexander Plutnik.

With the unification of the RHDF and AHML in March 2015 there is a new structure, which it was necessary to consider their market positioning, and therefore was created the new brand, explains Plotnick. Simultaneously with the new brand, the Agency has developed a new development strategy. The tender for the brand development of “the Apostle” won in July 2015. “The Apostle” was the only bidder. The contract value amounted to 24.6 million rubles, the Then managing Director of branding Agency Grafit Natalia Mesh in the summer of 2015 said that the amount of the contract, in her opinion, much too high: “Even with a very generous customer and the normal time such work is unlikely to be worth more than 10 million rubles,” she reasoned. Development of brands of the same difficulty abroad is much more expensive, commented on the value of the contract, the representative of “Apostle.”

The terms of the contract from 16 July to 1 September 2015. “Apostle” has met those targets, says Plotnik. However, the integration of a new brand, it was decided to defer to the approval of the company’s overall strategy, he explained.

Under the terms of the contract, development of the brand was to be held in four stages. First, the Apostle has analyzed the business model of the seller, with him competing brands and brand counterparts, including foreign. In the second stage, the company made several variants of brand positioning. In the third stage, “the Apostle” has created a list of several brand names on the fourth — has developed a brand ideology and alternative design concepts of brand logo. 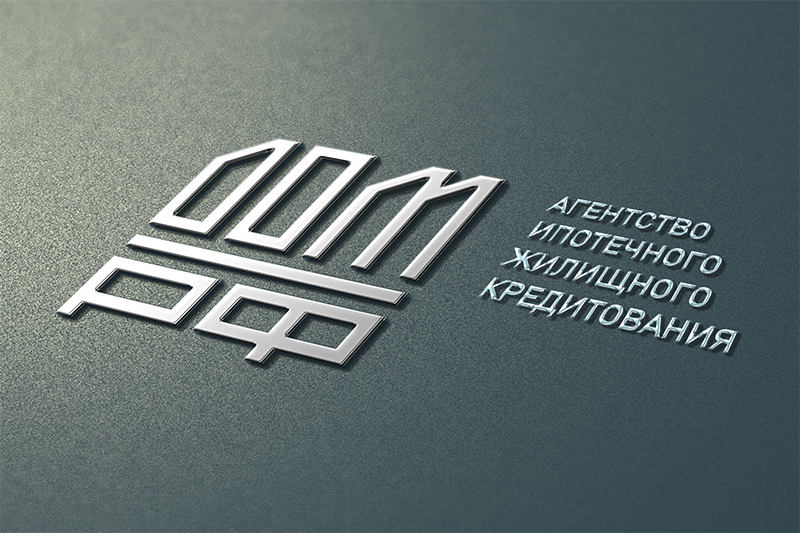 The main colors of the new logo became grey and green: “Green is a color family, color development, growth, color, comfort, — explains the head of group brand development, Director of branding “Apostle” Grigor Badalyan. — It creates positive emotions and sets an optimistic tone, it is for citizens. And the more serious and conservative gray color is designed for communication with business audiences”.

The new name the seller has chosen well, says managing partner of Depot WPF Alexey Andreev. “The house in understanding broad sectors of the population is the basis of everything, he says. Besides, this name is quite reasonable for state-owned companies. But here’s the font, in my opinion, somewhat archaic”.

Despite the establishment of the new brand, the Agency will not refuse the names of AHML and the RHD, said Plotnik.

The seller plus RHD

OJSC AHML was established in 1997 by decision of the government of the Russian Federation, 100% of shares belong to Rosimushchestvo. The seller is engaged in the development of the mortgage market, with emphasis on the regions where the least-developed housing market. Among the objectives of the Agency — creating uniform standards of mortgage lending, ensuring the availability of mortgage credits for wide layers of the population throughout the territory of Russia, creating the possibility of refinancing for mortgage lenders, creating a secondary market for obligations secured by mortgage, the formation of the market of mortgage-backed securities. Rzhs Foundation was established in 2008 to facilitate the development of housing construction, especially economy and social infrastructure. In 2015, the Russian housing development Foundation was attached to the seller, and the new structure was headed by Aleksandr Plutnik, former Deputy Minister of construction and housing Mikhail men.

Net profit of the group of companies AHML IFRS for the first nine months of 2015 amounted to 5.8 billion rubles. According to SPARK, the RHD revenue in 2014 amounted to 4.1 billion rubles, net loss — 61,8 million rubles (more recent statistics are not available).

The Agency “Apostle” was created in 2008, the former head of Prime-time broadcasting of the radio station “Mayak” Vasily Brovko. Now 99.5% of LLC “Apostle”, according to the register, owned by Tina Kandelaki, the remaining 0.5% — Lyudmila Ermakova. In 2014, the revenue of LLC “Apostle” was 602,5 million rubles, net profit — 4,9 million rbl. Among the projects and companies, which promotion was in “the Apostle”, magazine “Russian pioneer”, the programs and serials of TV channel STS, Yota, “Aeroflot”, “Kalashnikov”, Corporation “rosteh”, football club “Anji”. In last year’s “the Apostle” won the tender for creation of a brand New Moscow cost RUB 15 million the company is Now “Apostle” is in the point of sale.