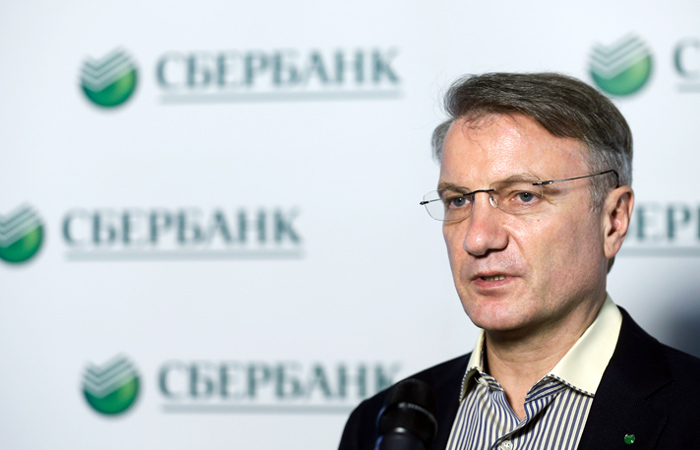 Moscow. March 17. The key rate has ceased to be a factor strongly influencing the profit of Sberbank, told journalists the head of the Bank Herman Gref.

“Given the fact that we have excess liquidity, the key rate has ceased to be a powerful driver impacting our profit and losses in our financial result,” he said.

A year ago the Bank “with bated breath” expected changes in the key rate, and now the Bank is almost no involvement from the Central Bank, said Gref.

However, he did not give forecasts concerning the decision of Bank of Russia on level of the key interest rates at its meeting on Friday, March 18.

As reported, according to the statements of Sberbank under IFRS, the Bank for the year reduced the amount borrowed from the Central Bank of the Russian Federation funds at 11.2 times to amounted to 269.8 billion.

Sberbank this week reported last year, showing a reduction in IFRS net profit by 23.2% to 222,9 billion.

Including nominated all 14 members of the Supervisory Board. The only new candidate – former Prime Minister of Finland Esko Aho.

The Finnish government he headed in 1991-1995. In 2009-2012 was the Executive Vice President for corporate relations and responsibility at Nokia.

The Bank of Russia belongs 52,32% of the voting shares of “Sberbank”, other securities are in free float.