Gaps in the legislation allow unscrupulous employers to attract labour at various construction sites of foreign citizens without work permits, said a member of the Federation Council Lyudmila Bokova, speaking on amendments in the Administrative Code of the Russian Federation. 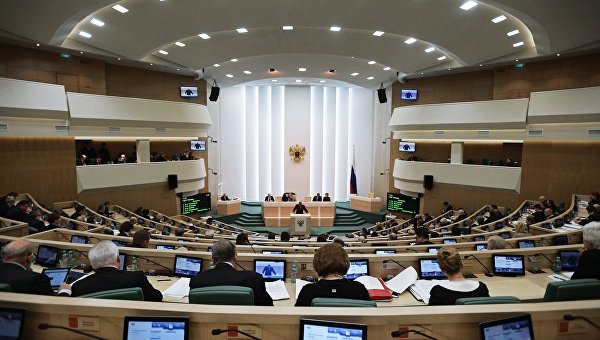 MOSCOW, 11 Mar. Member of the Federation Council Lyudmila Bokova proposes amendments to the RF Code of administrative offences to create conditions to prevent the use of illegal workers at Russian construction sites, the bill posted Friday to the state Duma database.

According to Side, changes in legislation need to address the many situations where construction, primarily in respect of General Contracting construction organizations and less on developers by the FMS staff recorded the actual use of foreign employees without observing the established rules.

Existing gaps in the legislation, according to the MP, allow unscrupulous employers not only to avoid the condition about the required presence of they themselves permission to attract and use foreign work force and, accordingly, do not perform the responsibilities of such employees of the receiving party, but also to attract to work at various construction sites of foreign citizens and persons without citizenship, not having to do the necessary work permits or patents.

According to the Senator, quite often Russian contractors employing foreign citizens and stateless persons, to evade administrative liability for breach of their duties and as host country and as employers by engaging in construction projects subcontractors who often do not have the necessary permits for the work they have employed foreign workers.

This creates a situation in which to have a real impact on the person carrying out the overall organizational, operational, custodial or other control over the territory of construction or reconstruction of a building or structure to encourage proper fulfillment of the rules of immigration laws or to suppress or prevent the violation of such rules, the public authorities do not have the opportunity.

“To introduce the legislation stipulates administrative responsibility of individual entrepreneurs operating without legal entity, legal entities, their branches and representative offices, (and their officials) engaged in formal or actual control over the construction”, — said the author in an explanatory note.

In particular, the bill provides for an administrative penalty for a permit the owner to the construction site as a contractor of a person who is engaged in entrepreneurial activities without forming a legal entity, or violates the rules of attracting foreign labour force. The bill is supposed to be the fines up to one million roubles or suspension of activities for up to 90 days.

Similar penalties are provided for occupancy by owner at the construction site or neposredstvennye the presence of illegal migrants.