The foreign Ministry noted that the habit of Ottawa to follow the line of Washington and the desire for canadian leadership “to satisfy the needs of their anti-Russian lobby” overpowered the interest in a more cooperative relationship with Russia. 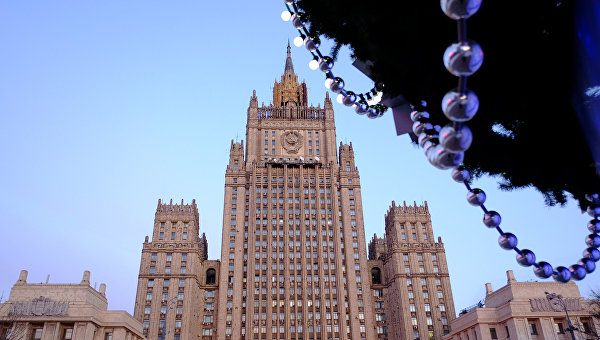 MOSCOW, 19 Mar. The canadian authorities didn’t get a chance to overcome the impasse in Russian-canadian relations, expanding sanctions against Russia, Moscow considers this unfriendly step and will not leave without the answer, according to the comments of the Department of information and press of MFA of Russia.

In the night of Friday it became known about the next expansion Ottawa list of anti-Russian sanctions. Canada has expanded sanctions against Russia over Ukraine. In particular, 14 companies and 5 individuals were in two separate sanctions list. Canada intends to freeze their assets and ban entry to its territory to individuals.

“Were disappointed by Canada’s decision to expand anti-Russian “black list” in the context of events in Ukraine. Contrary to the statements of the new Government j.Trudeau’s desire to act in the international arena in a spirit of cooperation, Ottawa continued escalation of negativity” — said in comments.

The foreign Ministry noted that the habit of Ottawa to follow the line of Washington demanding “their allies “to keep the sanctions front” against Russia”, as well as the desire for canadian leadership “to satisfy the needs of their anti-Russian lobby has overpowered natural interest to build our country a more constructive attitude.”

“The new canadian government was a chance to overcome the stalemate in the bilateral dialogue, inherited from the previous government. Unfortunately, Ottawa didn’t take it that will be taken into account. This unfriendly move will not remain unanswered – our countermeasures will follow,” adds Mead.