Policy of the EU towards Russia – “political and economic suicide”, said Romano Prodi. Moscow and the EU needs to restart the economic relationship, to establish a cultural exchange, he added. 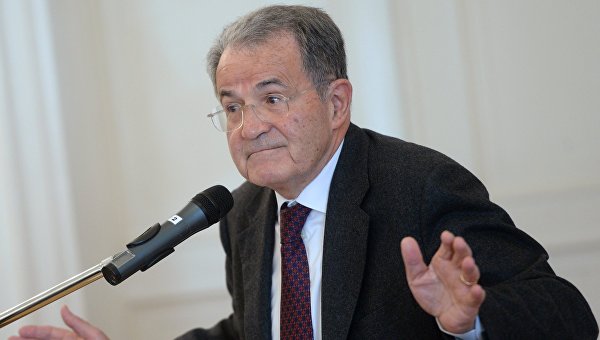 “For any European country it is not easy to pursue a policy counter to the official course of the EU. Italy wants to improve relations with Russia. But within this clearly defined framework of a common policy of the EU. I think that Russia should do everything possible to help the members of the EU, which are more likely to change relations with Russia for the better”, — quotes the former Prime Minister newspaper.

The ex-Premier noted that at the moment Europe is doing a lot of mistakes in relations with Russia, making “political and economic suicide”. Prodi is confident that Russia and the EU needs to restart the economic relationship, to establish a cultural exchange. “The process of Russia’s modernization can not be made without interaction with Europe… we Should start a political dialogue, then to restore economic relations and after that engage in humanitarian sphere. In the context of globalization that will play to the advantage of all parties,” he said.

Prodi stressed the need of cooperation between Russia and Europe in global Affairs. If between the parties there can be no dialogue, there is always a group, nation, interests which will play on this misunderstanding and will open a “window” for terrorists, he said. According to him, the fight against international terrorism is the main common interest that must be solved together. Prodi is confident that the cooperation in this field will lead to improving the situation of migrants.

Previously press Secretary of the President of the Russian Federation of Vladimir Putin Dmitry Peskov said that the former Prime Minister of Italy Romano Prodi is in Moscow on a private trip in which he will meet with the Russian President.