Increase airport fees for take-off / landing, aviation safety and other services will amount to 50 rubles per person and is due with the order of FAS, which entered into force on 21 March. 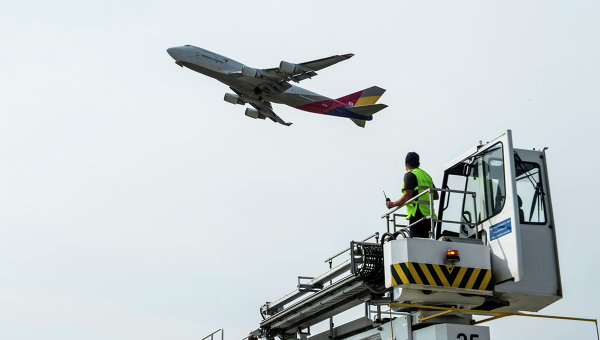 MOSCOW, 22 Mar. Increase in charges of the Moscow airport “Domodedovo” negligible impact on the price of the ticket, said the airport.

The order of the FAS, deregulirovanie fees for take-off / landing, aviation safety, mooring and services terminal building at the airports of Moscow, entered into force on 21 February.

“The increase in fees for take-off / landing, aviation safety, and the use of the terminal will be about 50 rubles per passenger,” — said in comments “Domodedovo” about change of tariffs.

The airport notes that the income derived from foreign airlines, the fees for which are denominated in dollars and significantly more than fees for Russian companies, largely helped to restrain the rate of charge for domestic carriers. However, in 2015 passenger traffic to foreign airlines decreased by 17%.

“The reasons for the increases in charges are inflation (for the last time fees for the use of the terminal was increased in 2010), change in operating performance of airlines, flying from Domodedovo, as well as the need for financing of the investment program of the airport”, — noted in comments.

The Minister of transport of Russia Maxim Sokolov on Monday said that the reasons for increase of tariffs of the airports of the Moscow air hub, but the validity of specific solutions will be checked by the transport Ministry and the Federal Antimonopoly service (FAS). Meanwhile, the co-owner of group of companies S7 Natalia Fileva said that after deregulation of tariffs the cost of maintenance of the carrier in “Domodedovo” has grown on 20%.