The idea is that a joint venture of NOVATEK and “Gazprom oil” passed gas “Gazprom”, selling it at a price not exceeding the wholesale price set by the FAS, and in Europe Novatek Gas & Power, would buy from “Gazprom export” on gas export price for the realization of its European suppliers. 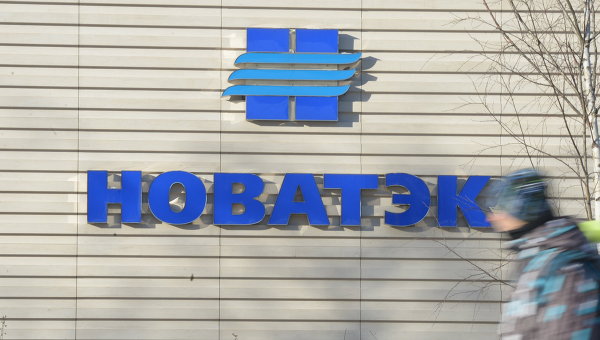 In early March, the newspaper “Vedomosti” reported that the head of NOVATEK Leonid Michelson appealed to the President of the Russian Federation with the request to allow the company to export gas to Europe through the conclusion of a contract between Novatek Gas & Power (NGP) with “Gazprom export”. In this case, the publication noted that the essence of the idea is to arktikgaz (joint venture of NOVATEK and “Gazprom oil”) were sold to “Gazprom export” on gas export price of netbuka (final gas sales price minus transportation costs).

“The idea is to arktikgaz passed gas in the pipeline “Gazprom”, selling it at a price that does not exceed the wholesale price of gas, installed the FAS of Russia for the relevant region and in Europe NGP would buy from “Gazprom export” on gas export price for the further implementation of its European suppliers,” said a source in the Ministry of energy.

According to the President of the Russian Federation on the results of the treatment of the Michelson instructed the heads of the energy Ministry and Gazprom to present its position on this topic. Minister of energy Alexander Novak has written his opinion in the administration of the President of the Russian Federation on 18 February in which he spoke positively about the idea of NOVATEK.

From his letter, a copy of which is available, it follows that the difference that occurs as a result of the scheme of resale of gas, is expected to be offset by providing “Arktikgaz” discount to the domestic price of gas sold in the domestic market.

“The income arising from the sale of additional volumes of gas for export export prices, compared with the implementation of these volumes in the domestic market at domestic prices will be distributed between “Gazprom” and “Arktikgaz” in accordance with commercial agreements by regulating the discounts to the internal price for gas sold on the domestic market, “Arktikgaz”. In this case, the price regulated in the framework of the agreements, will not exceed the corresponding government regulated prices for gas,” — said in the letter to Novak.

“According to the Company, taking into account the indirect share of “Gazprom” in long-term contract procurement NGP about 40% on the spot market of about 9%, the total volume of Russian gas in the portfolio of NGP by the end of 2015 is about 0.7 billion cubic meters. Thus, in the case of a contract between “Gazprom export” and NGP for the supply of 3.1 billion cubic meters of gas, the possible amount of additional Russian gas on the European market could reach 2.4 billion cubic meters per year,” writes Novak.

Earlier on Monday, the RBC newspaper reported that submitted its feedback on the idea and NOVATEK Alexey Miller. In February, he also sent to the presidential administration a letter stating that the trader NOVATEK acquires natural gas, in particular from the German company E. On, which, in turn, buys it from Gazprom. If allowed to export gas in Arcticgaz, “Gazprom” will lose the customer, procuring over 2 billion cubic meters, and there will be a gap in the single export channel, which “will certainly be used by other market participants from among the independent gas producers”.

This argument is Miller’s edition lead citing sources familiar with the text of the letter, not quoting excerpts from it. As a result, it is not clear what kind of “lost” gas volume writes Miller. Data from NOVATEK referenced by Novak in his letter, that now the share of Russian Gazprom’s gas that is in the portfolio Novatek Gas & Power is 700 million cubic meters a year. In addition, according to a source in the Ministry of energy, the amount of gas that NGP can directly buy from “Gazprom export”, in relation to volumes purchased by the company E. On.

A source in the Ministry of energy notes the divisiveness of arguments of the head of “Gazprom”. “It is anticipated that NGP will buy gas from “Gazprom export” on export prices. Thus, the principle of a single export channel will never be broken. What about purchases at “Gazprom export” gas the German company E. On, the amount of gas that NOVATEK via NGP would like to buy directly from “Gazprom export”, in relation to the purchase of E. On gas volumes”, — said the Agency interlocutor.

In “Gazprom” and NOVATEK will not comment on the details of the topic.

In the letter, Novak also notes that, at current prices (about $ 170 per thousand cubic meters) the amount of additional revenues to the budget system of the Russian Federation from payment of the export duty for exported additional volumes of gas (2.4 billion cubic meters) will be about 9.4 billion rubles.

The relationship between NOVATEK and Gazprom are of a commercial nature, which involves the approval by both parties of a possible transaction financial parameters of implementation of gas, said the head of Ministry in a letter addressed to the head of state.