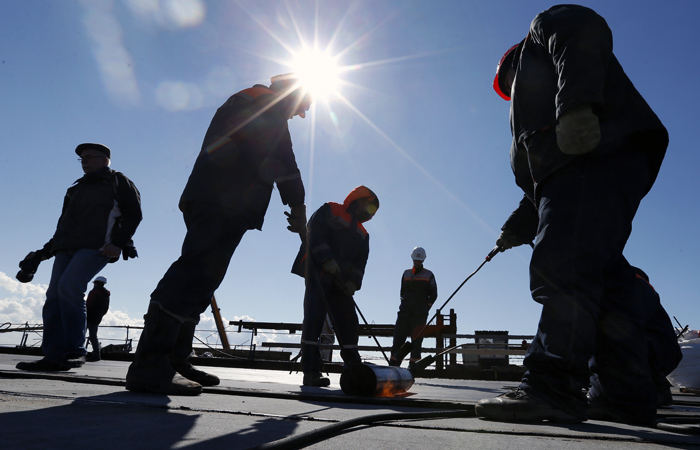 Moscow. March 22. One of the first projects of the Asian infrastructure investment Bank (AIIB) in Russia could be involved in the construction of the bridge across the Amur river near the village of Nizhneleninskoye (Russia) and the city of Tongjiang (PRC).

According to a source familiar with the discussion of the project, this option is currently being examined with the participation of the Ministry of economic development, the question is supervised by the Deputy Minister Stanislav Voskresensky, responsible for interaction with the Asia-Pacific region.

On Monday the Ministry of economic development reported that ABII proceeded to the selection of project proposals regional member countries of the Bank to create a portfolio of projects and Fund the most prepared of them this year.

“Initially, the focus of the AIIB will be placed on sectors such as transport, energy and projects related to the use of water resources in the economic turnover (the water sector). However, consideration is also taken of the application for funding of infrastructure projects and in other areas,” the Ministry said. Asked to comment on the possible funding of the construction of a bridge across the AIIB, the Ministry responded that “the selection of projects is underway”.

The construction of the bridge is included in the list of joint projects of the Russian-Chinese intergovernmental Commission on investment cooperation. Project partners are the Russian direct investment Fund, the development Fund of the Far East and the Baikal region and Tomczynska rail company (China). The cost of construction of the Russian part of the bridge is 4.2 billion rubles., of which RUB 2.5 billion is to be financed from the Fund of development of the Far East. RDIF is involved through the Russian-Chinese investment Fund (RCIF, “daughter” RDIF and China Investment Corporation).

“Attraction of Bank loans from the outset was seen as a key instrument of project financing the construction of a bridge across the Amur river (along with equity funding RCIP and FRD). Possible participants of the project can be and the AIIB,” he said in RCIF.

The construction of the Chinese part of the bridge are in the final stage. From the Russian side there is an easement for the construction of the railway crossing Nizhneleninskoye, design estimate and working documentation, the conclusion of Glavgosexpertiza, but still not even identified by the contractor.

In mid-February it was reported that “daughter” of JSC “Russian Railways” – JSC “RZDstroy” will be the General contractor for the construction of the Russian part of the railway bridge across the Amur.

The decision to engage a new contractor was made in late 2015 after the meeting in the Ministry of transport of the Russian Federation, signing of the contract the contract is scheduled for March.

According to the government of the region, the Chinese side has already erected poles 17 and installed a 16-span bridge with a length of 1 thousand 755 m. the Russian side have to build four props and three span length of 315 m. the Cost of the Russian part of the project – about nine billion rubles, of which the pavement will come to four billion rubles.

Participants of the project of construction of the Russian part of the bridge are LLC “Rubicon” belonging to the Russian direct investment Fund (RDIF), JSC “Fund for development of the Far East and the Baikal region” and China Investment Corporation.