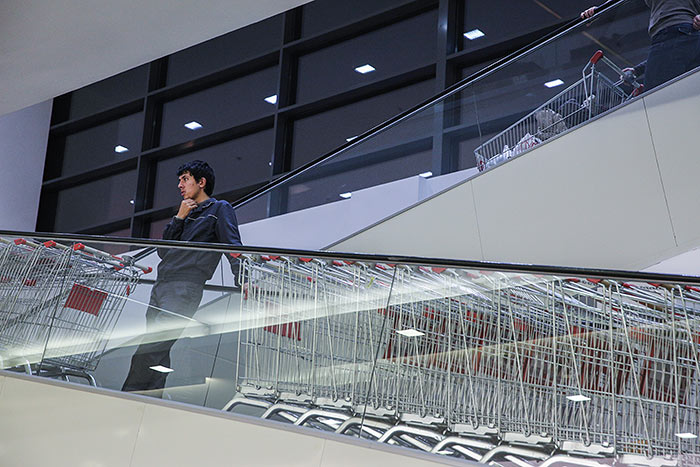 Moscow. March 21. French retailer Auchan is thinking about the launch in Russia of a new network of shops of drogerie format. The first three shops to open in the coming months, said a source in the retail market. According to him, the product matrix format has already been formed.

We are talking about adaptation to the Russian market the Italian network Lillapois, which is owned by Auchan. Lillapois stores specialize in products for the home and personal care. Among the brands that the retailer – Garnier, L’oreal Paris, Pupa, I Provenzali.

That Auchan is exploring the possibility of launching in Russia of the stores drogerie, knows another source familiar with the company’s plans.

The press service of the Russian division of Auchan declined to comment.

French retailer Auchan has been working on Russian market since 2002. At the end of 2015, the company’s network in Russia combined 92 shop: classic 58 hypermarkets, 27 hypermarkets “Auchan city” and seven hypermarkets “Our rainbow”. According to base “SPARK-Interfax”, the proceeds of LLC “Auchan” in 2014 amounted 313,6 billion (growth by 17%), and net profit of 11.9 billion.

On the Russian market grocery supermarkets “Attacks” included in the group Auchan.

Previously, the retailer had already experimented with the formats in the Russian market: the company opened stores electronics and jewellery inside the shopping halls of its hypermarkets (shop in shop).

The largest player in the drogerie segment in the Russian market – “Magnet”. The company opened its first pilot store “Magnet cosmetics” in December 2010. The active expansion of the retailer started last year by opening 1,041 thousand new retail outlets. At the end of 2015 network United 2,121 thousand stores, revenue was $ 40,12 billion (an increase of more than double compared with 2014).

The average area of the store “Magnet cosmetics” is 298 sq m, trade area – 229 sq. m. 100% of the range consists of non-food products. 87% of stores are located in leased premises. The payback period of the leased shop is three years, own – 4-6 years. The cost of a new store located in leased premises, estimated at 9 to 16 thousand rubles per square meter, investment in own store – 20-70 thousand rubles per square meter.